Letter To The Editor: Contraceptives Not Alternative To Deer Hunt 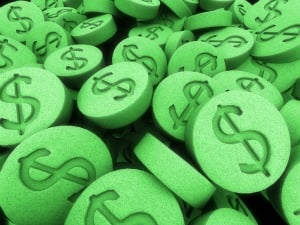 Essex County’s 2013 deer hunt has come to a close, once again removing many of this over-abundant species from our reservations (Hilltop – 61, South Mountain – 43). Contrary to naysayers, deer have not become extinct because of the program, and there are small signs that our nature preserves are beginning to recover from decades of browse damage.

Contraceptives are sometimes proposed as an alternative to hunting. However, we need to acknowledge that non-lethal methods to control deer populations would involve significant investment of taxpayer dollars, particularly immuno-contraception (e.g., GonaCon).

Each GonaCon inoculation costs more than $1,000 per dose (including locating, immobilizing, inoculating and collaring). In addition, each doe requires at least 3 doses over her lifetime to render her infertile – driving the real unit costs above $3,000 per deer. This compares to about $600 per deer for the County’s current sharpshooting program. Claiming that “GonaCon only costs $10 per dose” is like saying the County’s program only costs $3 per deer because one can buy a 5-count box of shotgun slugs online for $15 – hardly a complete picture.

As a species, deer have a high reproductive rate (each doe will bear on average 1.75 fawns per year over her 10+ year lifespan). That, coupled with their low mortality rate in our area (10% including old age, disease, injury / accident, and no large predators) means that an uncontrolled herd can double in size within 4 years. And research shows that immuno-contraceptives do not always “take” – even after a full series of injections approximately 10% of inoculated does will still remain fertile and become pregnant. If the overall fertility rate of an immunized herd exceeds its mortality rate, then it will continue to increase in size.

Lastly, the above calculations do not include the fact that GonaCon cannot be administered to deer less than 1 year old ….. and yet 30% of female fawns become pregnant and bear on average 1 fawn each. Even assuming that an immuno-contraception program is able to locate and treat every single adult female in a target area – and subsequently follow through with year-over-year re-capture and re-dosing of each of those does – the program will not be successful at reducing the deer population. In a real-world situation, the number of female deer that need to be inoculated would continue to increase, driving the costs of the program ever higher.

Using the Hilltop to illustrate: Over 4 years of sharpshooting, the County has removed 380 deer from the reservation. Assuming a 50% gender mix and applying a unit cost of $3,000+, a Hilltop-specific immuno-contraception program would have cost taxpayers almost $600,000 to date, and would still not have reduced the overall number of deer in the park.

No wonder the County is reluctant …..