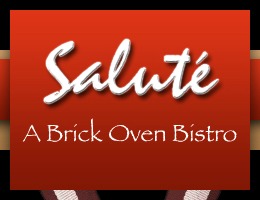 Bobby Gaccione, a Verona resident who is the co-owner of Salute Brick Oven Bistro in Montclair, plans to open Salute To Go in the former Capri Pizzeria location at 510 Bloomfield Avenue near the center of Verona.

Demolition began at the site today and Gaccione says the new eatery should be open by mid-August. Gaccione and Gerry Cerrigone, who are co-owners of the Montclair Salute and the nearby Fin Raw Bar and Kitchen, plan to have a mostly delivery business with 10 tables. The menu will be similar to that at the original Salute, where pasta and brick oven pizza predominate. Gaccione says however that the Verona location, which will double as a second kitchen for catering business out of the Montclair site, will not have brick oven pizza because it does not travel well.

“We’re not doing anything crazy, just really good pizza,” says Gaccione, who is a banker in Bloomfield by day. “My kids are going to HBW in the fall and I wanted to keep an eye on them.”

“Montclair is very restaurant oriented,” adds Gaccione. “It is a destination. Maybe we can move some of that over here.”