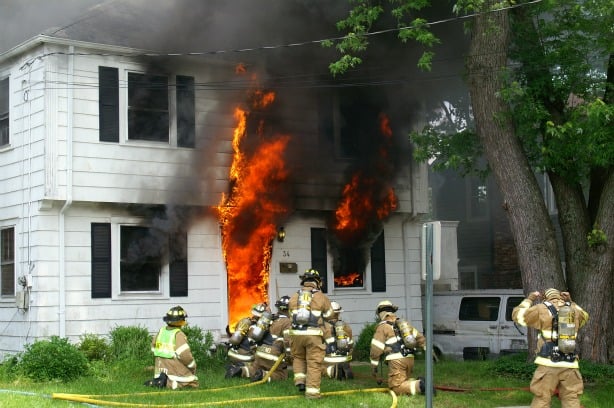 A house at 34 Morningside Road went up in flames yesterday in a blaze that caused firefighters from several towns to respond.

According to the Verona Fire Department, the call came in around 12:30 p.m. and the first arriving firefighters were met with heavy smoke conditions at the front of the house and heavy fire at the rear. The flames soon erupted out of the front door and windows. The VFD was joined by firefighters from Cedar Grove, Essex Fells and North Caldwell at the scene, while others from Caldwell, West Caldwell, and Fairfield manned Verona’s firehouses during the incident.

The house was empty at the time of the fire. The blaze was placed under control in about 90 minutes and there were no injuries at the scene. The house suffered heavy fire, smoke, and water damage and the fire is under investigation.