Where In Verona: The Winners Of Week 3 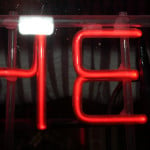 Blame it on the banana ice cream.

Banana is Jack Fitzpatrick’s favorite flavor at Towne Scoop, according to his brother, Mike, who prefers mint chocolate chip. So when Jack saw Fred Goode’s photo of a neon sign on Monday morning, something clicked. “Jack recognized it as probably being Towne Scoop from the curtains and neon sign (he eats there a lot),” Mike says, “and we drove down to check it out.”

No ice cream was eaten on this trip, however. The Towne Scoop doesn’t open until noon on Mondays in the summer, and Jack and Mike submitted the winning answer to this week’s Where In Verona contest at 9:24 a.m.

The Fitzpatricks have lived in Verona since 1991. Mike is 21 now and Jack, who was born here, just graduated with the Verona High School class of 2010. He’s headed to Roger Williams University soon, where he will have to look for a new ice cream source. And while we know plenty of siblings who share very nicely, we’ve decided to drop off two MyVeronaNJ baseball caps at the Fitzpatrick’s house so they can each wear one wherever they are eating.

Had they not gotten the winning answer so quickly, we would have been putting up a photo of the Towne Scoop’s vintage cash register today, and this one, of the flavor-packed counter, on Friday. We’ll have a new contest on Monday. 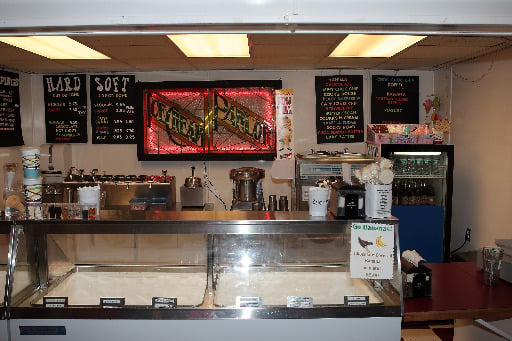