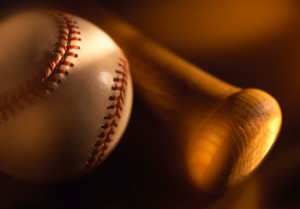 To put it simply: Verona High School’s 2010 baseball schedule is a gauntlet.

Competing in the newly formed Super Essex Conference, the Hillbillies will have their hands full.   With teams like Caldwell, MKA, Livingston, West Essex, Cedar Grove, and Belleville in front of them, every game will be a challenge.

Having said all of that, Coach Lou Racioppe is confident.  He says that if there was ever a year to join this conference, this is the year.  “We have a very deep pitching staff.  No matter who we play, or how many games in a row we have, we feel that the guy on the mound is going to get the job done.  In this conference we have to get great pitching and play great defense every day.  There are no free games. “

Verona’s pitching staff is lead by junior ace Mike Congero, who is unfortunately battling some nagging arm injuries early in the year.  Senior Connor Carr will assume the role of number 1 starter until Congero is back to 100 percent health.  Matt Rosenfeld is also coming off of a successful sophomore season on the mound and looks to build off of it in his junior campaign.  Nick Grasso, Brett D’Allessandro, and Alex Sniatkowski will each play pivotal pitching roles for the Hillbillies.

Verona brings back its “Infield of Anthonys” with Oranges at shortstop, Seymour at the hot corner, and Pena across the diamond at 1st base.  2nd base should be an open competition with Mike Verschleiser and Matt Rosenfeld both in contention for a starting spot.

In the outfield, Verona looks to have some combination of Mike Congero, Alex Eliasof, Nick Grasso, Mike Verschleiser, and Brett D’Allessandro tracking down fly balls in the deep, fenceless Doc Goeltz Field.

Behind the plate, Joe Fitzmaurice is in position to be the starting catcher after the graduation of 4-year starter Mike Castellanos.

Coach Racioppe notes that “We have a good team with a lot of players back from last year.  Offensively the top of our order has to produce.  We need to be able to run, bunt, and get good situational hitting.   Our returning starters did a good job last year and we are looking forward to them taking the next step.”

“In our conference we will be playing a lot of Group 2 and 3 schools along with some top notch group 1s.  If we can get into the playoffs with all Group 1s, I think we can make some noise.”

The Hillbillies open the season on the road against Montclair Kimberly Academy on Thursday, April 1