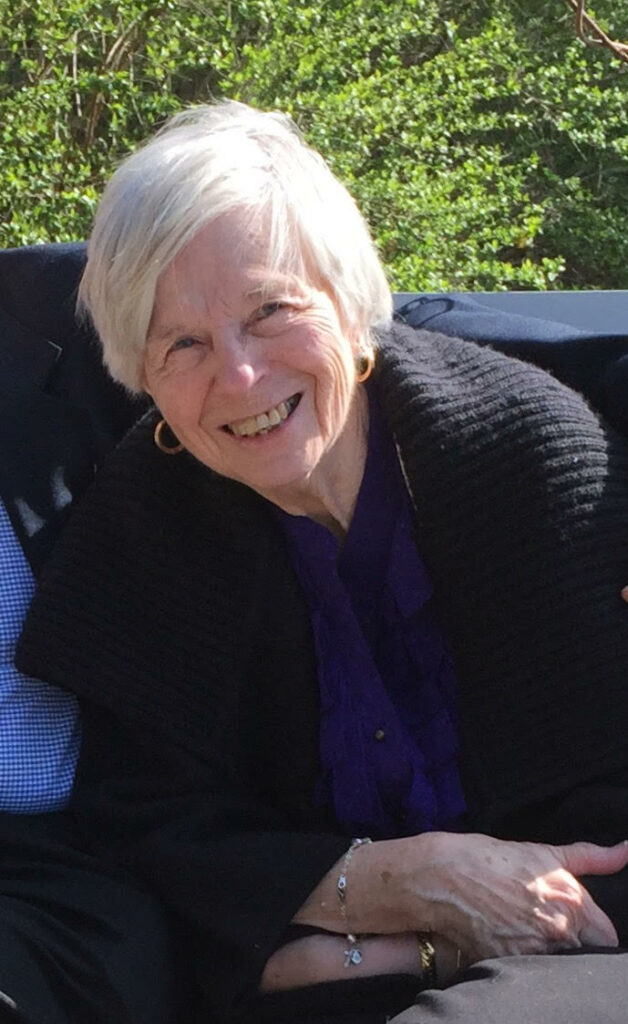 On Wednesday, November 16, 2022, Wilma Frances Santoro (nee Ball) loving wife, and mother of five children passed away peacefully at her home, with her beloved husband of 70 years Fred at her side. She was 90 years old.

Wilma was born on August 10, 1932 in East Orange, NJ to William and Gilda Ball. She graduated from Immaculate Highs School in 1950. On September 7, 1952 she married Alfred Bernard Santoro. They raised five children: Michael, Jilda, Fred, Christine and Mary in Verona, NJ.

For many years, Wilma worked at the Religious Education Office at Our Lady of the Lake Church. Her faith was an integral part of her life. She was a talented knitter, creating beautiful afghans and sweaters. She was a wonderful baker, especially of homemade apple pies which were widely requested at family gatherings.

Family was Wilma’s greatest passion. She delighted in her children and eleven grandchildren. She was so happy to recently learn that a great-grandchild is expected in the upcoming year.

Wilma was predeceased by her brother Billy Ball, and is survived by her husband, Fred, their five children, 11 grandchildren and her four brothers, Bobby, Johnny, Arthur and Gene.

In her memory, donations to the Verona Rescue Squad, 12 Church Street, Verona, NJ 07044 would be appreciated.