Running a marathon was never on Rachel Josephson’s to-do list, but after participating in the 51st TCS New York City Marathon on November 6, the 2016 graduate of Verona High School says she’d never trade the experience.

Josephson had a background in swimming, but didn’t run competitively growing up. She turned to exercise as an activity during the pandemic, and the friends she made through her gym, Mud Sweat Tears (MST) in Verona, inspired her to dream big.

“I’d heard about the marathon but never considered it,” Josephson says of the marathon. “I had a friend that ran it last year, and after his experience, he raved about it.”

Something Josephson didn’t know much about was the rigorous application process to run the Marathon. Applicants can run on behalf of a charity by raising a certain amount of money for any one of 400 charities offered. That’s what Verona’s Brenda Herman has done for Sandy Hook Promise, the nonprofit that is working to end gun violence. Another option is through qualifying standards, including participating in at least nine qualifying events and volunteering at an opportunity, generally charity work, advertised by TCS.

Instead, Josephson just got lucky. The New York Road Runners (NYRR) club organizes a lottery every year for people who don’t have the aforementioned qualifications. Josephson heard about it from a friend and submitted an entry this past spring. This year, the lottery had 84,000 entries, and Josephson was one of just 12% who were chosen.

“After the shock wore off, I knew the marathon was something that I wanted to train for, and train hard,” Josephson said. “I ended up getting a running coach, Nicole DeSena, and she helped me come up with plans along the way leading up to the day-of logistics.” 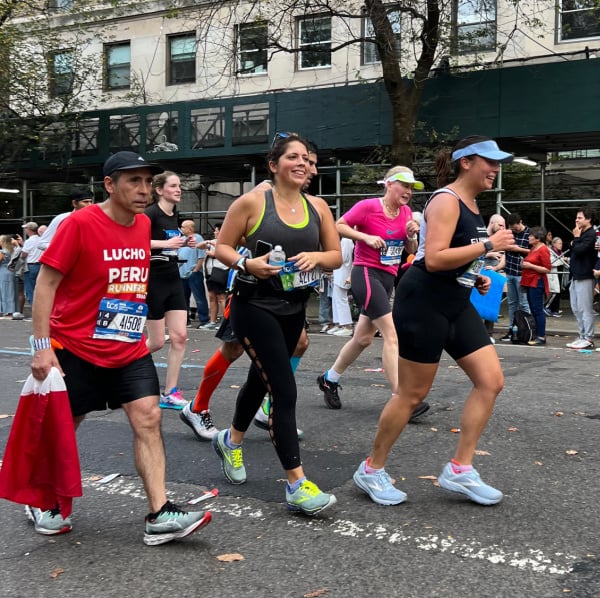 DeSena is a running coach from Jersey City who is a certified personal trainer and experienced marathon runner. Josephson found DeSena on social media and spent the summer tailoring her workout plans as she improved her speed and technique. She also focused on weight training to strengthen her muscles leading up to race day. “Throughout the week there were smaller training sessions,” Josephson said, “but the main ones were on Saturday mornings, which started at about 8 miles and worked their way up to 20 miles. Although it was daunting and definitely a commitment, I felt prepared.”

Consistently following her workout plans, Josephson trained for five months. By the day of the marathon, Josephson may have felt nervous, but that didn’t stop her. She finished the marathon in 5 hours 17 minutes 34 seconds, placing 33,608 out of 47,744 total runners.

“The day of the race was an indescribable feeling,” says Josephson. “Even throughout the most tiring sections, the crowd morale was so high because they knew we were struggling at those points, and definitely helped carry me through. A few times during the race, I told myself, ‘I’ll never do this again,’ but looking back, I 100% would. There are people of all shapes, sizes, and paces all coming together and the support that you received from complete strangers or something I’ll never forget.” 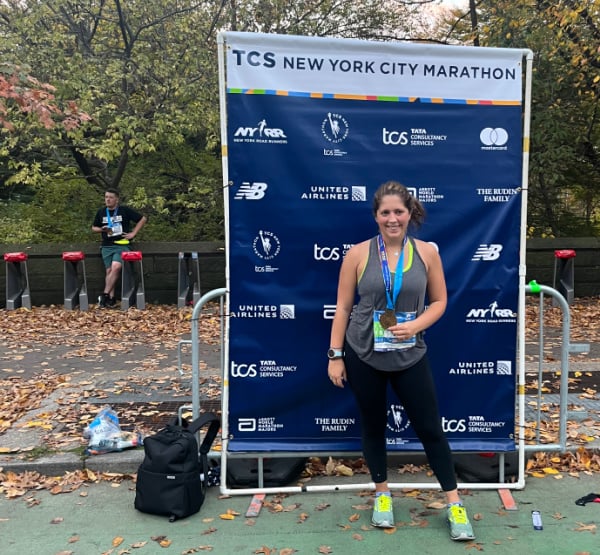