Football Looks To Apply This Year’s Lessons To Next Season

Verona football has had more than 75 seasons, and many of them, like this one, have had their highs and lows. All sorts of games occurred in 2022, from beating Morris Hills, to facing down Caldwell, to crushing Belvidere.

In last Thursday’s season consolation game, Verona fell to Hawthorne 27-10. The game was close, with Verona only trailing by three in the first quarter. In the second quarter, Hawthorne scored a touchdown, and Verona kicked a field goal to close out the half 10-3. Throughout the third quarter, Verona’s defense fought back well, spearheaded by Captains #51 Andrew Boyle (center, defensive end), #4 Luke Cerle (running back, linebacker), and #1 Alex Rodriguez (receiver, safety). Only one field goal was given up, and the quarter ended 13-3.

Unfortunately, Hawthorne would score two more touchdowns in the fourth quarter, although Verona would have some impressive moments. These include Rodriguez catching a pass from #10 Connor Demasi (quarterback) and breaking three tackles to run for 25 yards, #3 Gianluca Checchetto (receiver, cornerback) jumping to catch a 15-yard pass, and #23 Zach Garmont catching a 10-yard pass for a touchdown. 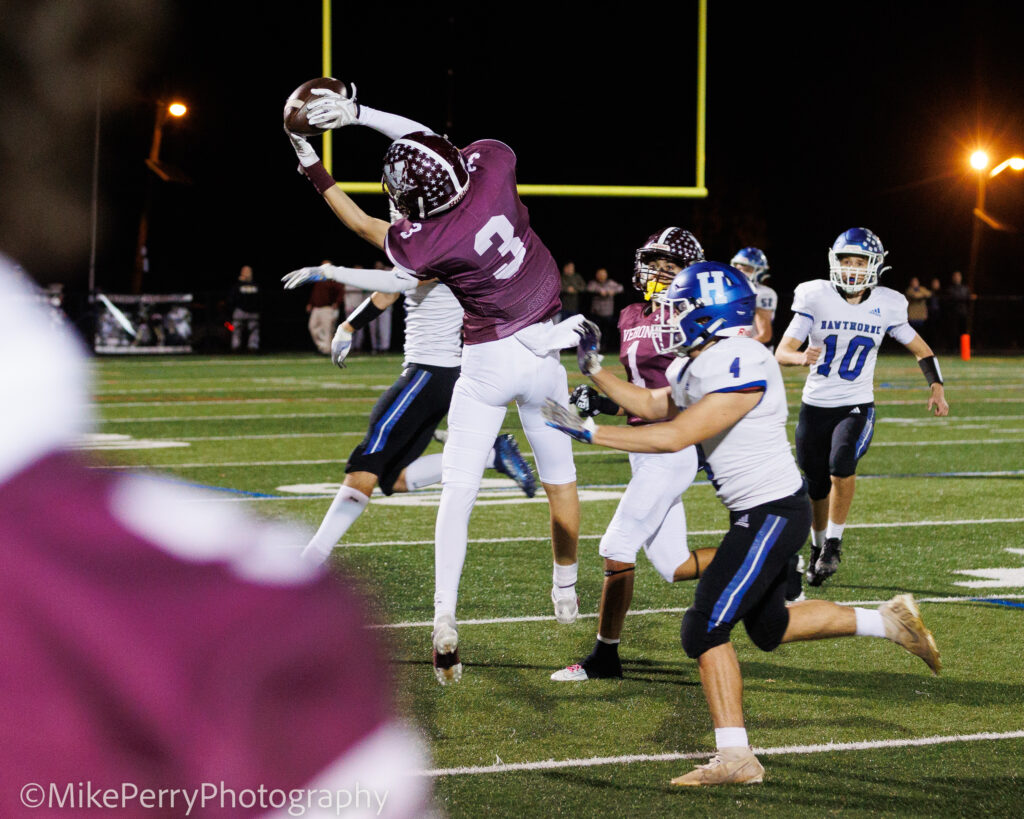 It was a tough loss for the team, but Verona seeks to move on and get better for next year, where there are set to be 10 talented seniors. One includes two-year starter #52 Shane Costigan (guard, defensive tackle). He told us, “We didn’t have the season we planned to, and I think to come back from that, we have to come together as a team and get into the weight room and just work, plain and simple.”

Freshman standout #44 Bodie Maisano (running back, linebacker) also commented, “We’re going to have to put in a lot of work physically in the weight room. We have a lot of players with experience now, so we just have to remember the feeling of losing this game to help us stay disciplined in the off-season. We have to take what this amazing group of seniors taught us and power ahead to make them proud.”

If anything, one thing’s for sure: Verona has not given up. 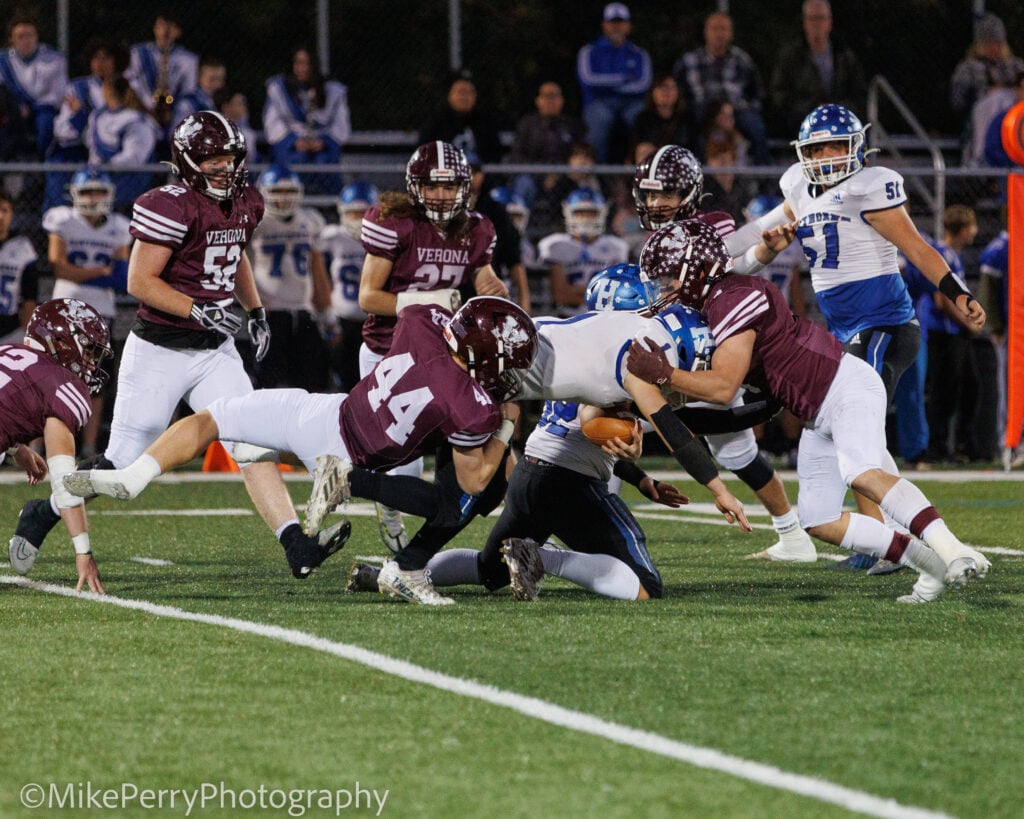