There are Verona sports milestones at 100, 200 and, now, 400: Ava Perry recorded her 400th save as the goalie for VHS field hockey on Friday.

“I started playing field hockey because I was only playing a spring sport at the time.,” Perry says. “I wanted to stay active year round. I also wanted to grow my athletic ability, and while out of season for field hockey, I played with club teams and went to clinics.”

Perry’s rise in field hockey came with the revival of the sport itself at VHS. There was an intramural team in the 1970s that was phased out in the 1980s. Field hockey was brought back in 2019 as a pay-to-play JV sport before going varsity in 2021. 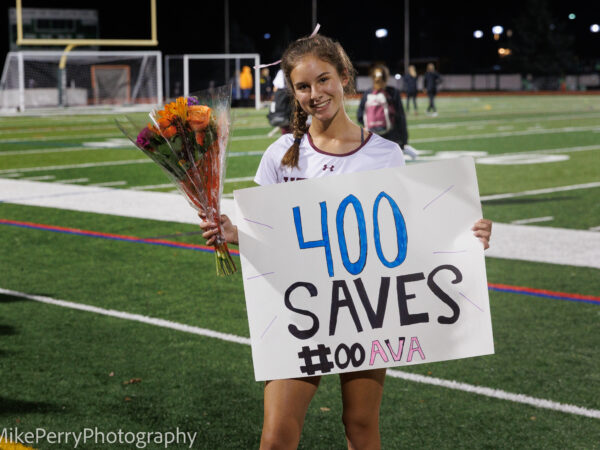 “Ava’s accomplishment is actually pretty hard to fathom,” says Jen Critchley, one of the parents who helped resurrect the sport. “She has taken so many literal and figurative lumps over the last four years with this program, serving as the backbone of the team’s defense. There are few adults, let alone teenagers, who could stick with something that was undoubtedly very difficult in the first few years.”

“Her staying in goal for four years is the perfect metaphor for this team,” Critchley adds. “She never gave up. Never quit. She knew the best was yet to come. She’s an inspiration and the whole damn town is proud of her. I’m excited for Ava to watch the progress of this program after she graduates, knowing she was a founding pillar. Thank you Ava.”

Perry will be back in goal for Verona at Columbia High School on Tuesday. As for the longer-term future, Perry says, “I plan to play field hockey for a club team at the college I choose to go to, and coach younger kids when I am able.” 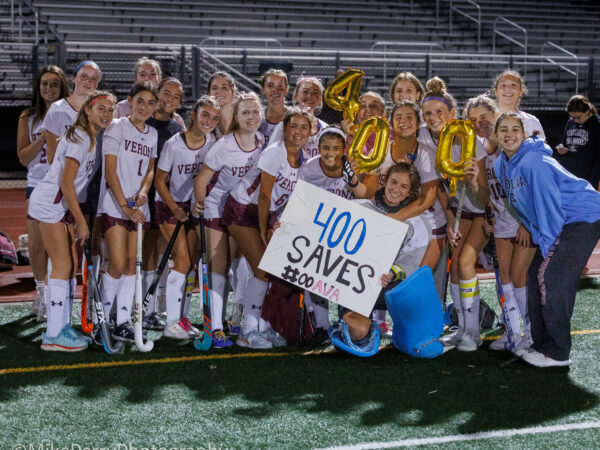