Football Falls To Weequahic Despite Fight To The End

6-2 isn’t a score often observed in football games at any level, but that was the score of the Verona-Weequahic game last night. The game was a fight to the end, with confused fan sections on both sides. Skilled defensive action led to turnover after turnover in the form of fumbles and interceptions. Verona just barely missed out on a legendary comeback.

At the beginning of the game, Verona and Weequahic traded blows with short runs and long drives. Both defenses stood firm and achieved few first downs. Weequahic notably ran many QB scrambles down the middle from #10 Lamont Spates. Verona responded with rollouts from #10 Connor Demasi with completions near the sideline. Although both offenses stalled, what is notable is the number of penalties on both sides, of which Verona bore the lion’s share. These penalties hamstrung both offenses’ ability to complete successful drives.

The second quarter brought out intense running, with running backs forcing their way through walls of enemy defenders. At one point, the announcer (Jim Castner) even stated that #4 Luke Cerle had been tackled by a third of the visiting team. However, another senior captain also had an unforgettable moment when #20 AJ Nigro (defensive back) caught the ball one-handed with two defensive backs covering him. On defense, freshman strong safety Dean Algieri came up with an interception that was crucial in stopping a Weequahic drive. However, this was not enough for the drive to succeed, and the half came to a close. 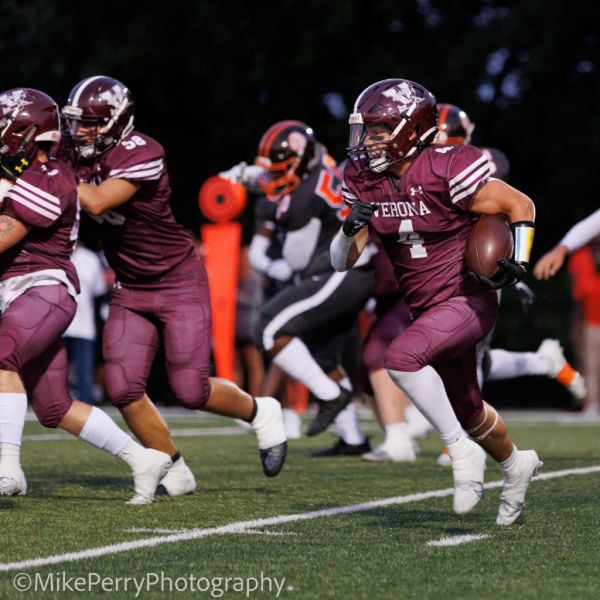 The Verona Marching Maroon and White performed the halftime show and played music in the stands, which had a positive impact on the fan section and players alike. The second half started off like much of the game, penalty after penalty and drive after drive. Weequahic had many botched snaps and fumble recoveries, but Verona was unable to capitalize on them. The struggle continued throughout the third quarter, with no ground granted to either offense.

During the fourth quarter, Weequahic made it all the way to the Verona 20-yard line. Verona had just stopped the drive when a penalty renewed it. Then #42 Marc Nigro (linebacker) and brother AJ forced a fumble and took possession of the ball. Unfortunately, on the next play, the ball was fumbled by Verona and stopped from becoming a Verona touchdown. Weequahic, however, was less than 10 yards from the endzone and scored the game’s only touchdown.

Verona quickly responded with a David Tyree-esque catch by Zach Garmont (wide receiver, cornerback). That drive led Verona to the 11-yard line, with a 4th and three on the field. With a minute remaining, Verona was unable to convert but still stayed in the fight. Time ticked down until only seven seconds remained, but Verona didn’t give up and tackled Weequahic’s running back, producing a safety. With the score 6-2, a penalty led Verona to have one last chance after the kick return to score points. Demasi launched the ball downfield, but couldn’t connect. 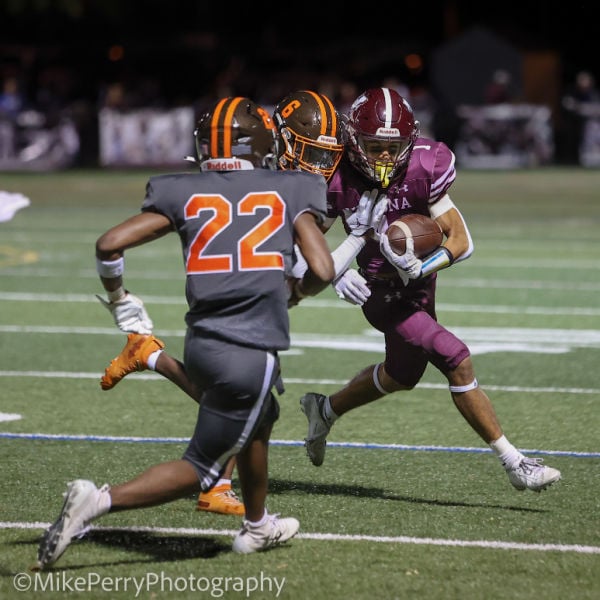 Verona, although beaten, has not lost hope and feels that, with hard work, the season has a good chance of being successful. “We’ll keep our heads up, and we’re going to put in work,” said Algieri. “What’s in the past can not be changed, but we’re out for redemption, and we’re due for an upset.”

Added Demasi, “It’s in the past now. We did some great things and we did some bad things. The defense played great and the offense struggled again. We gotta go into the week with a new mindset and have a great week of practice. We need to stay focused on our next game and put this game behind us.” 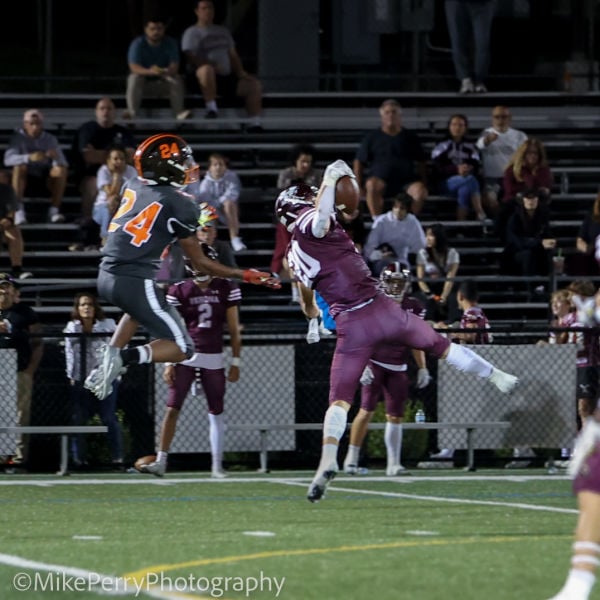 The Verona Lions Club has kicked off its big fall fundraiser, the 50/50 raffle. The winner receives 40% of...
Schools

Stephen Bartell and Sophia Nunez, both Verona High School seniors, have both been named a National Merit Scholarship...