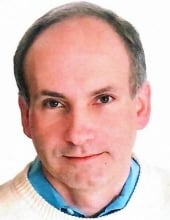 Visitation will be held at Paul Ippolito-Dancy Memorial, 9 Smull Ave., Caldwell, on Monday, July 25 from 4 to 8 p.m. The funeral mass will be held in Our Lady of the Lake Church, Verona, on Tuesday, July 26, at 10 a.m. Entombment to follow at Gate of Heaven Cemetery, East Hanover.

For all information and to send condolences to the family please visit www.ippolitofuneralhomes.com.

Mr. Intili was born in Newark and was raised in Orange and West Orange. He was a 1974 graduate of Our Lady of the Valley High School in Orange, where he was a member of the track team and graduated in the top 4% of his class.

Upon graduating high school, he attended Seton Hall University and received his BA in Communications while holding the position of MC of Seton Hall Radio-WSOU-FM.

After graduating he embarked on a 29-year career with ABC Television in New York City as general manager of broadcast operations and engineering, retiring in 2008.

Thomas loved to DJ in his spare time, as well as watch professional boxing, but what meant the most to him was spending time with his family in Disney World every year, playing basketball in the backyard with his children, and going to the disco with friends.

He is the beloved husband of 39 years to Diane Intili (nee Forgione); loving father of Sam and Matthew Intili; dear brother of Lisa Lastfogel and the late Angela Intili-Stokes; son of the late Thomas, Sr. and Matilda Intili; cherished uncle of Emily Miscia and her husband Anthony, Danielle Schatteman and Alyssa Dezenzo; brother-in-law of Mark Lastfogel and Michael Kirsch.

In lieu of flowers please make donations in his memory to the: Michael J. Fox Parkinson’s Foundation, P.O. Box 5014, Hagerstown, MD 21741-5014 or at www.michaeljfox.org.

Sam Intili has created a GoFundMe to cover the funeral expenses.