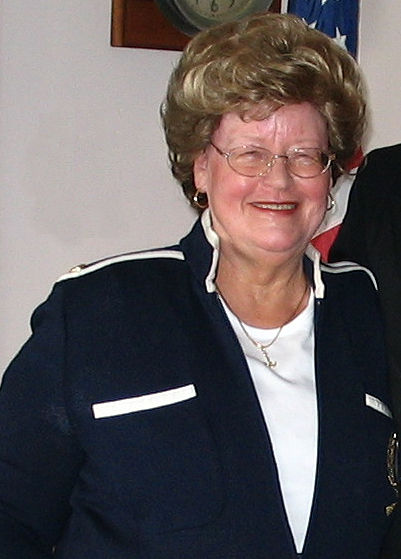 Elizabeth (Betsy) Kilbury Foster died on July 9, 2022 after battling multiple health issues for over a month.

Betsy, the only child of Clinton and Jessie Smith Kilbury, lived most of her life in Verona. Although she had no siblings, she was particularly close with her maternal cousins, Kent and Lee Smith, who were like brothers to her. Her family spent many summers at the Jersey Shore and on Cape Cod. In 1995 she achieved her longtime dream of owning a home at the shore where she and her husband of 58 years, John Stevenson Foster Jr. (Steve) officially moved permanently in 2019.

A graduate of Verona High School and Bucknell University, where she received her B.S. in Biology, she made lifelong friends in both places. She was fiercely loyal; once a friendship was made, it was forever, as evidenced by those that she made in second grade at Laning Avenue Elementary School and persisted until her passing.

Prior to marrying Steve in 1964 she worked as a laboratory technician at American Cyanamid. Betsy and Steve had two children: Elizabeth (Beth) Shorten and John Stevenson Foster III (deceased 2012). While her primary focus was taking care of her children, Betsy also worked part time at Evenson’s Department Store, Citrano & Associates Realtors and served as a substitute teacher for the Verona School System. She was also an active member of the DAR and served as an officer for the National Society of New England Women / Montclair Colony.

She grew up in the United Methodist Church of Verona before becoming a member of the First Presbyterian Church of Verona as a teen where she served as a deacon. During her summers at the shore, she was active at the Episcopal Church of St. Simon by-the-Sea in Mantoloking.

Betsy had several passions in her life: her family (especially her grandson James to whom she introduced a love of marine life and impeccable style), her friends and the Jersey Shore. She was a member of both the Normandy Beach and Lavalette Yacht Clubs. She was devoted to the NBYC Sunday Sailing program, serving on the sailing and race committees. During summer months, she could be found every Sunday on the deck of the NBYC taking race registrations and recording finishing times.

Betsy is survived by her husband, Steve, her daughter, Beth, her son-in-law, Steve and her much beloved grandson, James.

A service will be held at Mt. Hebron Cemetery in Upper Montclair on Saturday, July 16, at 10:30 a.m.

In lieu of flowers, donations to Save Barnegat Bay (), 117 Haines Road, Toms River, NJ 08753 would be appreciated.

To send flowers to the family or place a tree in memory of Elizabeth “Betsy” K. Foster, please visit Prout’s Tribute Store.

Previous articleSunday Community Market Moves To Center Of Town
Next articleWhat To Plant? Town Officials Have Some Suggestions