14U Team Travels To Cooperstown

The Verona Baseball & Softball League‘s 14U baseball team wrapped its eighth grade spring season with a trip to Cooperstown, N.Y. to visit the Baseball Hall of Fame last Wednesday. The team had the opportunity to compete in two games on the historic Doubleday Field against the West Orange Police Athletic League team on Thursday.

Verona 14U had a very successful season, compiling a 7-4 spring record that took them all the way to the semifinals. Verona lost in the semis to the Cedar Grove Panthers, who would go on to be the USABL Metro 14U champions. The Verona boys will also be playing this summer in a 10-game season with playoffs.

The trip was the culmination of the boys participation in VBSL, which goes all the way back to Rookie Ball at age 6 and Town Team Travel at U8. The team will be entering ninth grade at Verona High School in the fall. VBSL co-sponsors the trip, including the field rental and exhibit passes to the Baseball Hall of Fame.

“These boys will forever remember their last season competing in Town Travel and their end of Spring Trip to Cooperstown,” said Coach Schwartz. 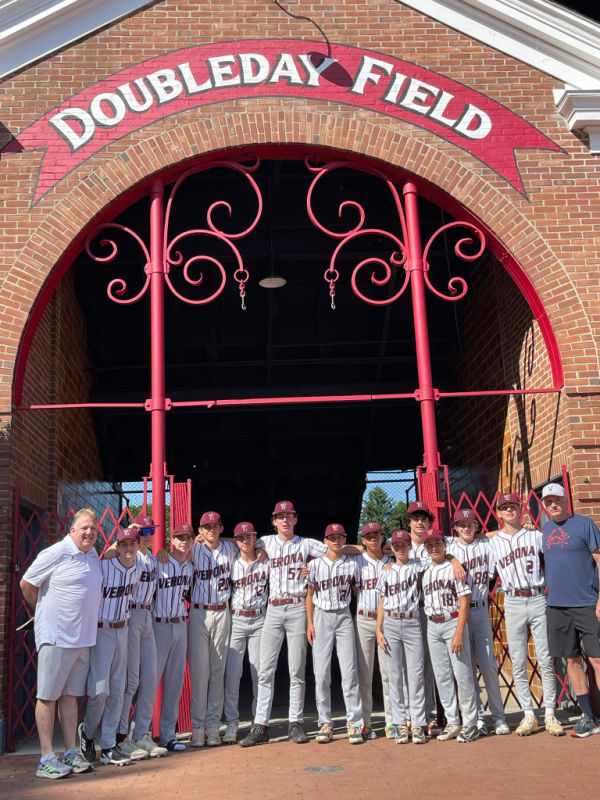 Verona UNICO is pleased to announce the 40th annual Verona Labor Day Classic. It will take place on...
News

Very early on the morning of Tuesday, August 2, the Verona Fire and Police departments responded to a...