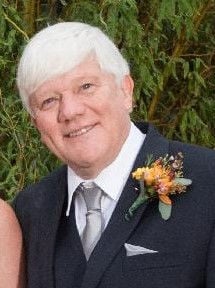 Visiting in the Prout Funeral Home, 370 Bloomfield Avenue, Verona will be on Sunday, March 20 from 3 to 7 p.m. A funeral mass will be offered in Our Lady of the Lake Church, Lakeside Ave., Verona on Monday at 10:30 a.m.

Born in Passaic, Mr. Passage grew up in Clifton and lived in Verona since 1976. He graduated from Pope Pius High School with the Class of 1967 and earned an associate’s degree from Rockland Community College.

Mr. Passage was a software engineer and worked for Pentek in Upper Saddle River for 21 years. He retired this past January.

A kind, gentle and selfless man, he liked history and road trips with the family, especially the trips to Colonial Williamsburg. He was also a ham radio operator (WB2NTP).

Mr. Passage was predeceased by his parents, Thomas and Margaret (nee Geiger) Passage.

He is survived by his beloved wife of 48 years, Katherine “Kathy” T. Passage; his loving children, Michael Passage (and his fiancé, Krystin Hussain), Kara Amitrano (and her husband, Anthony) and Jonathan Passage; and his cherished grandsons, Peyton and Hoyt Amitrano. He is also survived by his brother, Thomas Passage, and sisters, Mary Newlun and Margaret Myers.

In lieu of flowers, a donation to the Verona Rescue Squad, 12 Church Street, Verona NJ 07044 would be greatly appreciated.

Previous article
NFTs For Ukraine
Next article
1898 Victorian Being Demolished