Sneak A Peek At The Parkside Social

If you’ve been wondering what was going to become of the former Ariane Kitchen & Bar space, wait no longer: This spring, the doors will open to The Parkside Social. The restaurant will be the seventh venture of Clifton-based Skopos Hospitality Group, which also operates Cowan’s Public, The Barrow House, The Vanguard, Franklin Social, Gus’ Last Word, and The Junto Attic Bar.

Skopos means “aim” or “goal” in Greek and CEO Thomas Maroulakas says his company’s initial goal is to build on the success of Ariane and Michael Duarte, who created AKB with partner John MacEvoy in 2014. The Parkside Social will have the same footprint as AKB, which closed last September, while amping up the casual, community vibe. While he’s only releasing highly cropped photos of the renovation work, Maroulakas says he and his brother Dean, the creative director at Skopos, are adding woodwork and a faux fireplace in the side dining room, as well as cork on the ceilings to soften the sound waves a bit. They’re also adding some low seating in a nook by the bar and a lot of decorative wallpaper.

“It’s a place where you can go on Tuesday to grab a burger and wings and a beer, but then you can get a nice entree on the weekend with a good glass of wine,” Maroulakas says. “You can have your date night, your girls night out, and your guys night out as well, rather than it being one or the other.” 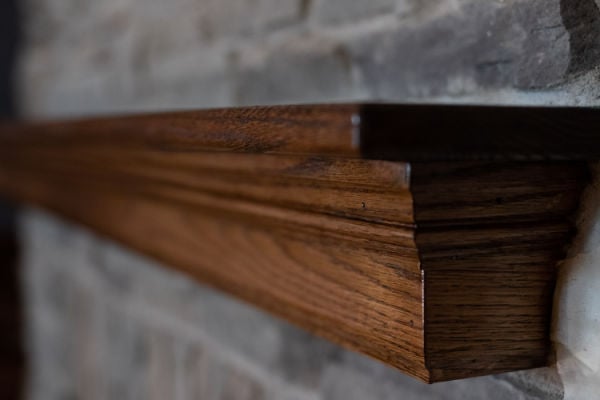 Skopos isn’t entirely a stranger to Verona. The company’s chief financial officer is Matthew Passero, a 2005 graduate of Verona High School, and it has close ties to Tim Delaney, a restaurant broker who once owned The Nest, which occupied the space at 706 Bloomfield Avenue in the 1980s and 1990s. And when The Parkside Social opens, guests can donate non-perishable goods to the Holy Spirit Food Pantry and get a gift card redeemable at the restaurant later. “Contributing donations to the Holy Spirit Food Pantry is our way of giving thanks, and providing food for those experiencing hardships,” says Maroulakas.

As for the food, Maroulakas says The Parkside Social will have the same kind of burger as other Skopos restaurants and some of AKB’s entrees, but that he will add more casual, mid-price-point items like sandwiches. “They built a great business,” he says of the Duartes, “so we don’t really want to flip it on its head.” (The Parkside Social is hiring for front and back of house staff and you can send in a resume here.)

While Maroulakas acknowledges that this is a “challenging” time to open a hospitality business, he thinks it is what the moment needs. “Everybody’s starting to reconnect,” he says. “We’re starting to get back to that personal connection that we lost during COVID. It’s going to take some individuals a little bit longer than others to get back to that, but people love interacting with people and they love watching other people. I love to see other people smile .”