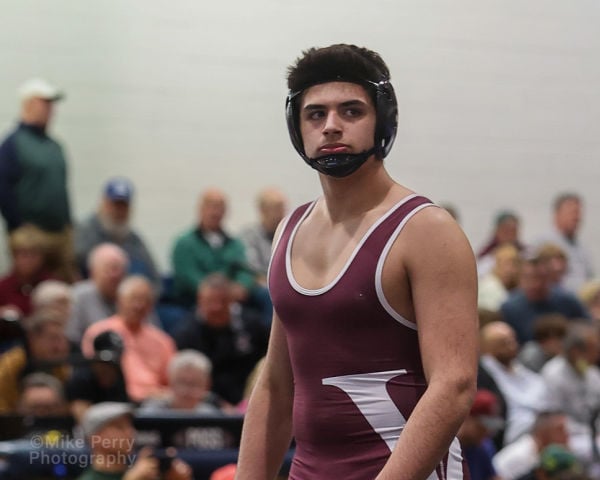 Jayden Czupak is heading to the state wrestling championship in Atlantic City after finishing third in the Region 3 competition at 175 pounds.

Competing for Verona High School at West Orange on Friday and Saturday, the senior had a bye in the opening round. Czupak, who had been unbeaten this season, then scored a 13-4 major decision over Connor Hille of Phillipsburg in the quarterfinals. But his winning streak ended when he went up against Vincent Lee of Delbarton in the semifinals. Lee, who was the No. 3 seed at 175, would go on to score an upset in that weight class, defeating top-seeded Stratos Kantanas for first place. 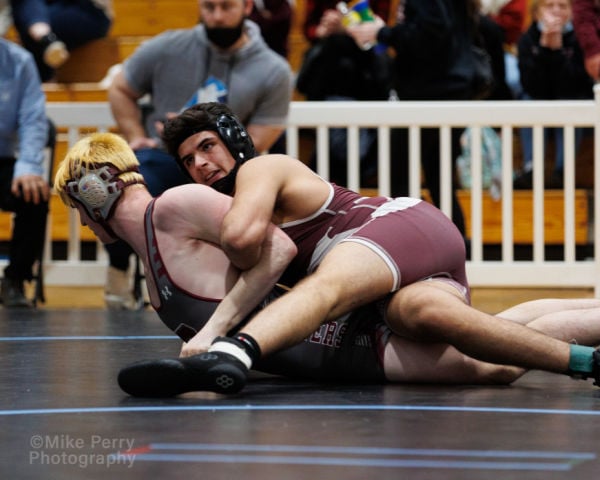 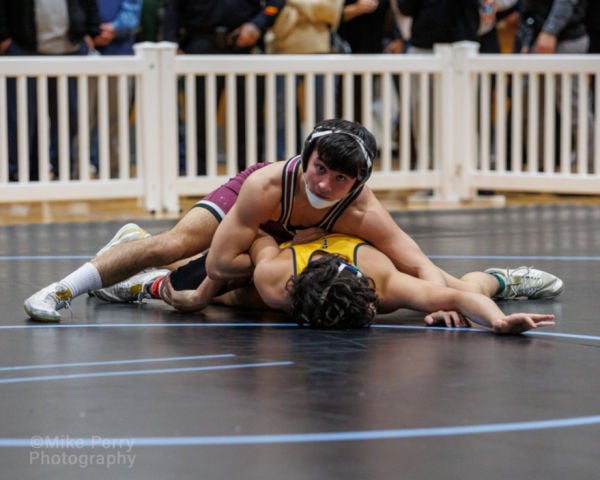 Derek Bernardino (132), also made it to the semifinals. Bernardino had a bye in the opening round and got a 4-0 decision over Rocco Negron of Belleville in the quarterfinals. In the semis, he was pitted against Luke Geleta of Phillipsburg, who he had pinned on February 19 to win the NJSIAA District 10 finals. But today Geleta came up the winner, scoring a 10-6 decision. 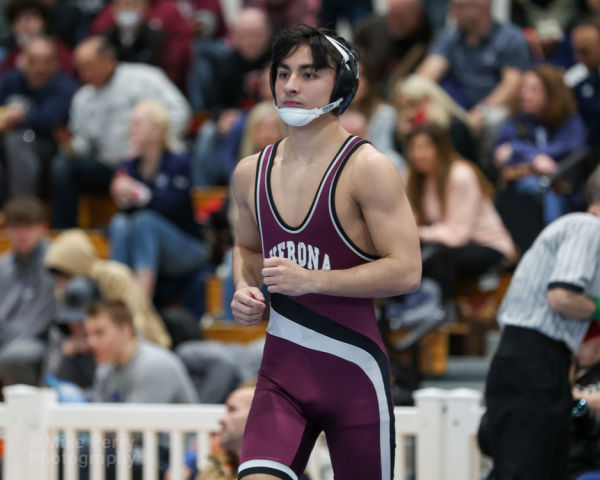 Two other VHS wrestlers also competed for a Region 3 medal. But Jake Ferry (144) fell in the opening round to Dean Muttart of West Morris on an 8-7 decision and James Ortiz (165) lost to Louis Paradiso of Hanover Park in his opener on a 10-2 major decision.

Nick Handler (190) qualified for the Region 3 tournament by finishing second at the District 10 finals, but an injury prevented him from competing at Regions.

The state championship begins on Thursday, March 3, and runs through Saturday.