Get Ready For ‘Footloose’ At VHS 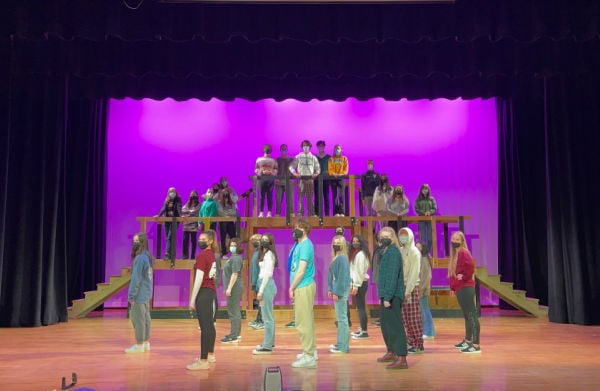 The last time the Verona High School Spotlight Players presented a musical was the first weekend in March 2020. “The Mystery of Edwin Drood” would be the last show on the VHS stage until November 2021, when the group performed the neo-futurist play “Too Much Light Makes The Baby Go Blind.” Despite the challenges of the pandemic, the Spotlight Players have remained active, showing their creativity with online one-act plays, radio drama and an original musical, “Broadway Through The Ages,” performed outdoors at the Oskar Schindler Performing Arts Center in West Orange. But now the group is back on the VHS stage with singing and dancing.

The show runs from Thursday, March 3, to Saturday 5, with performances at 7:30 p.m. and a 2 p.m. matinee on March 5. Tickets can be purchased online.

You can also show your support for the Spotlight Players by purchasing a booster in the playbill. Simply fill out the online form and Venmo payment to @VHS-Spotlight-Players.