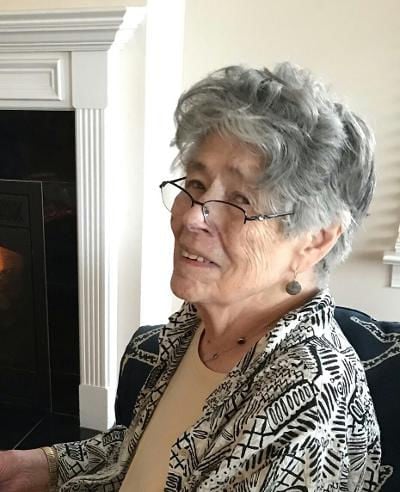 Details regarding virtual visiting and the service may be found at www.proutfuneralhome.com.

Born and raised in Philadelphia, Mrs. Carson lived in East Orange and West Caldwell before moving to Verona in 1959 and then to Hellertown last year.

She graduated from the Little Flower Catholic High School for Girls – Philadelphia (Class of 1949) and attended the evening division of Rutgers University – Newark from 1964-1968.

Always the consummate homemaker taking care of her family and those in need, Mrs. Carson was a real estate agent for Janett Realty in Verona from 1977 to 1981.

She was a faithful member of the Episcopal Church of the Holy Spirit in Verona and especially devoted to St. Therese of Lisieux (the Little Flower). She also helped to start the F.N. Brown Elementary School Library where she volunteered for many years beginning in the late 1960s.

Mrs. Carson was predeceased by her beloved husband of 62 years, Hamilton C. Carson; her daughter, Cynthia Carson; and her grandson, David Carson.

In lieu of flowers, donations to either the Episcopal Church of the Holy Spirit, 36 Gould Street, Verona, NJ 07044 or to The Shakespeare Theatre of New Jersey, 36 Madison Ave., Madison, NJ 07940 would be appreciated.