Design Career? It’s In The Bag 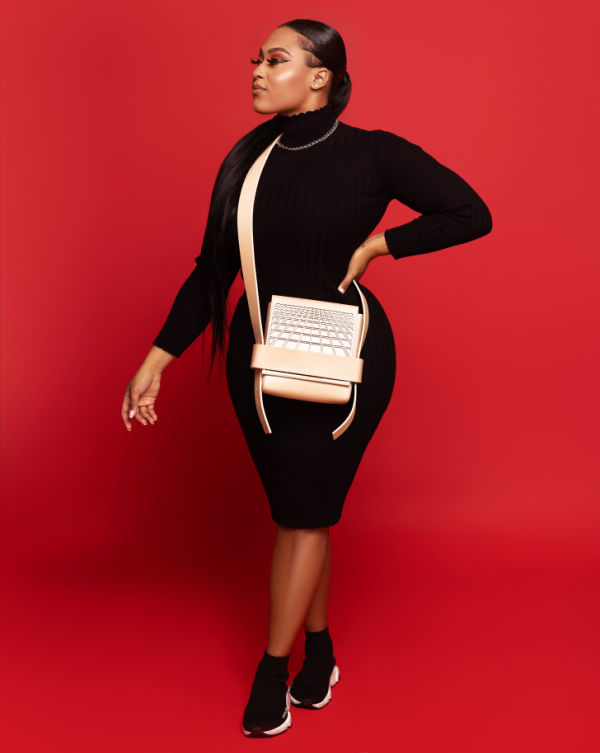 Just before Christmas, “Real Housewives of Orange County” star Noella Bergener appeared on Instagram wearing tasteful mules, a cross-body bag — and nothing else. That wouldn’t usually be a story in Verona (sorry “Housewives” fans), except that the bag had been designed by Ariane Duhaney, Verona High School class of 2015.

“Ari is such a talent,” says Bergener, who had found Duhaney through an Instagram post on Black-owned businesses. The Ora bag spotlight was short-lived (nudity is a no-no on Insta), but it had an impact, sending several inquiries to Duhaney’s accessories business, Ari500. Now Duhaney is working to make a small fashion business stand out in a world of big fashion brands.

Duhaney has had an interest in fashion since childhood, sparked by her family. Her grandmother was an accomplished seamstress, and she had seen her do detailed sewing and beadwork. As a child, she took classes at the Montclair Art Museum, making and dressing figurines.

But it was hard to further that education at VHS, where there are just two fashion design classes and nothing in actually sewing clothing. Duhaney focused on developing her personal style and worked with Terry Sherman, a now-retired art teacher at VHS, to pull together a portfolio for her target college, Parsons School of Design.

Duhaney got in to the New York City fashion school and spent her first year on core drawing, painting and liberal arts classes. But in her second year she had to learn pattern-making and that turned out to be a problem. “I hated pattern making,” Duhaney says. “All that geometry was defeating.” Ditto trigonometry, which is needed to draft the curves in pants patterns.

So Duhaney pivoted into accessories, taking a class with the noted Black handbag designer Julia Poteat. “It was amazing to work with somebody from a similar demographic as me,” Duhaney says. “It was set in stone right then—this is what I’m going to do.” She took more classes in accessories and, upon graduation, secured an internship with a handbag maker in Italy, where she learned that leather can be tanned in an environmentally responsible way. “The Italians take a different level of pride in their product when it comes to leather,” Duhaney says. “It’s insane.” 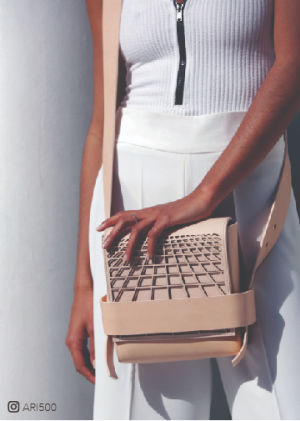 Returning to New York, she was hired by Coach as an assistant technical designer. “It was my corporate dream job,” says Duhaney. “I got to see everything about how to start a collection in a massive company.” The dream was dashed by COVID, however, when the fashion brand let contractors like Duhaney go.

It was time for another pivot, to Duhaney’s idea for her own brand and a bag influenced by a perspective grid and virtual 3D. The Ora bag is manufactured in New York from Italian vegetable-tanned leather, and sold directly from her website for $555. She put in many long hours searching for a manufacturer who could make the design’s detailed cuts and commit to a high-quality but low-volume run. She also put in many hours emailing influencers, to no avail. “It’s so frustrating,” she says. “You want to get your product out there. You want people to have an awareness of your brand, which is crucial to your marketing. It’s crucial to your brand growth.”

And then came the unexpected direct message from Bergener, who wanted to wear the bag in a “Housewives” episode to bring attention to Black-owned fashion brands. Duhaney shipped an Ora to California, but says she kept her expectations in check. “When when I saw that it resulted in sales, I was surprised,” she says. “It’s very hard to get people to spend that amount on a bag that’s not from a very popular designer.”

While she is grateful for the unexpected boost from Bergener, Duhaney now realizes she must be much more intentional about her marketing. “I need an expert who knows how to how to get my bag into key channels,” she says. And if that takes some time, Duhaney has the patience to be patient. “I really do believe in divine timing,” she says. “Things will fall into place as they’re supposed to.”