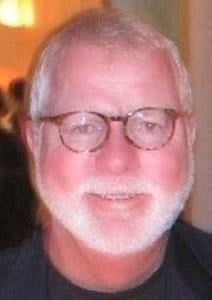 Michael was born in Newark, and raised in Cedar Grove and Verona. He was a scholar athlete through his academic career. He attended Montclair Academy and then graduated from Saint Vincent College with honors and a degree in political science in 1971. Michael played varsity basketball at Saint Vincent College.

Following graduation, he went on to Villanova University Charles Widger School of Law in 1975. Thereafter he served as an Appellate Division Law Clerk and an Assistant Prosecutor in Essex County.

In 1978 he began a distinguished career as a corporate white collar defense litigator with the law firm Pitney, Handin Kipp and Szuch. In 1983 he was appointed as special council by the Supreme Court of New Jersey in the matter of Thomas L. Yaccarino. In 2000 he continued his legal career at the law firm Lowenstein and Sandler.

Throughout his career he was frequently cited for his contributions to the legal community. He was a member of the New Jersey State Bar Association and the American Bar Association. He was chair of the Casino Law Section of the State Bar, 1987-1988. He was recognized by several publications such as Best Lawyer and New Jersey Super Lawyers for his legal work He appeared on numerous occasions as a legal analyst on Fox, CNN, and Court TV including daily coverage of OJ Simpson’s murder trial in 1995.

In 2006 he was the attorney honoree at the annual Red Mass hosted by the Archdiocese of Newark. He was also the 2006 recipient of the Saint Thomas More Medal from Seton Hall School of Law for his legal and Kids Corporation work. In addition, he was also a member of the Board of Trustees at Saint Vincent College (1988-2003) and Saint Vincent Academy in Newark. (1992-1996)

In 1971, He founded Kids Corporation, a non-profit working with young Newark children at summer schools, after school programs and day camps. He created and developed numerous projects which enhanced educational and healthcare opportunities for 4500 children, employed over 650 college students from around the country and numerous dedicated local teachers. All of Kids Corporation’s projects were privately funded by individuals, corporations and foundations from around the country. No government money was ever accepted.

For over 40 years he managed Kids Corporation and defined its educational format. In addition, he was the recipient of numerous awards and honors for his work with Kids Corporation. The Prudential Insurance Company, recognized him with their first Community Service Award in 1994. In 1996 Villanova Law School gave him their first Donald W. Dowd Alumni Association Award for public service. He was the Principle Speaker in 1996 at the Saint Vincent College Honors Convocation.

In addition, he was president of the Friendly Sons of Saint Patrick (1989-2008). In 2005, He was the recipient from Newark’s Saint Benedict’s Prep of their Community Service Award. In 2008 he received the Pilgrim Award from Saint Vincent Academy in Newark.

Michael was predeceased by his parents, Joseph and Jean. He is survived by his children, Sean Murray-Nolan (Tracy), Gwyneth Murray-Nolan and Michaela Murray-Nolan. Written by J. Michael Nolan Jr.