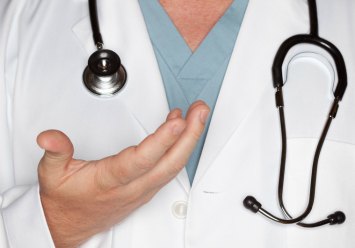 One day after a fundraiser to help workers at at Hackensack Meridian Health Mountainside Hospital was reactivated comes word that there’s a renewed effort to help their counterparts at the Cooperman Barnabas Medical Center, formerly known as Saint Barnabas.

The community service group Verona Strong is looking for bottled water, Gatorade, energy bars, gum, mints, lip balm and hand cream. Donations can be dropped off on Sunday, January 16 at 22 Oak Lane or on Monday, January 17 at 28 W. Lincoln Street, both in Verona.

The Mountainside fundraiser, Help Feed Our Healthcare Heroes was launched in March 2020 and by June of that year, it had raised $38,561 and sent 11,960 meals to hospital workers. The organizers have now raised the donation goal to $58,000.

The efforts to help hospital workers comes as a spike in COVID-19 positives has filled the facilities with new patients, most unvaccinated, and there is a surge in breakthrough cases among hospital personnel. According to the independent news site NJSpotlight.com, hospitalizations jumped nearly 90% between Dec. 31 and last Thursday, January 6, when some 5,600 people were in acute care. The state Department of Help expects that hospitalizations could hit 9,000 soon. The state does not break out hospitalizations by facility or report on hospitalizations by town. Since January 1, Verona has reported 539 new cases of COVID-19 and one more death. Verona’s vaccination rate is 76%, almost unchanged from a month ago.