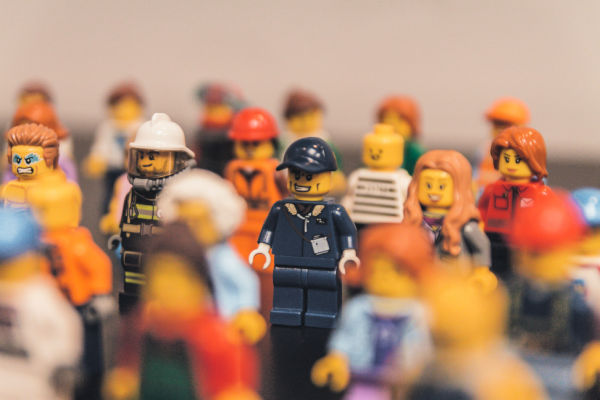 Hardbodyz Fitness needs someone at the front desk. Lakeside Deli needs part-timers during the school day. Bello By Daniel Ross needs barbering school graduates. As the COVID-19 pandemic drags on, small businesses in Verona are sorting through the most unusual job market that any of them have ever seen.

“It’s a different job market,” says Anthony Tortoriello, a co-owner of Avenue Bistro and a former owner of Frank Anthony’s. “The restaurant industry is losing people to Amazon,” he says. “Minimum wage and other policies have made it difficult for small businesses.”

Before the pandemic, Avenue Bistro’s former chef owned the restaurant side of the business and some of his family members worked there. The bar operated as a separate entity, owned by Andrew Durborow. When Tortoriello came into the business earlier this year, he and Durborow combined the two sides and set an overall plan for hiring and training, including restaurant management because both men also have day jobs. They have filled all the full-time positions, but Tortoriello says he could use more part-time workers, which is proving to be challenging. “Rather than hire someone with experience,” he says, “now we look for a willingness to work and a positive attitude.”

According to the New Jersey Department of Labor and Workforce Development, private sector employers statewide added 27,000 jobs in November, including 3,300 in the leisure and hospitality sector. While New Jersey’s unemployment rate, at 6.6%, remains higher than that of other states, we have recovered about 76% of the jobs lost in March and April 2020 when the COVID-19 pandemic broke.

Verona is too small a statistical area to show up in the jobs numbers, but it only takes a brief stroll on Bloomfield Avenue to see that many of the businesses in town have jobs that are going unfilled. And it’s not only the private sector: The town government recently had to approve the hiring of a private crossing guard company because we have not recruited enough Verona residents to be at all the crosswalks.

For some Verona businesses, the reasons for the hiring problems are clear. Bello can only hire licensed barbers to fill its chairs, and during the pandemic, barber training schools were closed. That means that not enough people now have the 1,200 hours of schooling needed to take the written and practical tests. At the same time, owner Daniel Vecchiarelli has an opportunity to open a second location in East Hanover and two of his Verona barbers will shift to that shop. Vecchiarelli hopes to fill one of the open chairs in Verona with Andrew Priscoe: The 2021 graduate of Verona High School is finishing his training hours and Vecchiarelli is in touch regularly to make sure his start date is on track.

But for other businesses, the shortage remains a head-scratcher. Jim Hill has been hiring for Lakeside Deli and Eight Hills Caterers for 37 years, and it used to run like clockwork. “High school students would come in and stay through college,” he says. “It was like a feeder program.” When he had odd hours to fill, he had a ready group of takers. Lately however, some of his pick-up hours haven’t been picked up. “I guess their lives are busier now,” he says. And though Tortoriello suspects that his potential workers have been lured away by Amazon, even that giant is struggling: There are more than 3,000 open Amazon jobs within 15 miles of Verona.

The labor situation has prompted changes at many businesses. Avenue Bistro has cut back its late-night hours because people are not staying out as late as they did before the pandemic; it also scaled down the late-night menu. “I strive to not let the guest suffer because of our employment situation,” Tortoriello says. Lakeside is leaning into technology. Hill is using online orders for its regular sandwich and take-out menu, and is online-only for ordering on Sundays. That gives him more time to handle catering orders, which are mostly done over the phone.

Wages have gone up at Verona businesses, in part because of changes in the state’s minimum wage law, which now required $12 an hour for most workers. On January 1, 2022, the minimum wage will rise to $13 per hour, and tipped employees will be increased to $5.13 an hour from from $4.13. At Lakeside, Hill would like to have more flexibility for minimum wage, with a slightly lower rate for 14-year-olds (the youngest group for working papers) than for 18-year-olds. That would give him more room to bump up wages as young workers learn the job and decide to stay with it.

Wages aren’t the only change, though. The cost of running the Lakeside’s delivery vehicles are up, as are raw ingredients. While Bello pays pays front-desk workers more, Vecchiarelli has also had to meet requests for more time off among his barbers, whose pay is commission-based. “People want more work/life balance,” he says. So Bello now offers one week of paid vacation, and one week of unpaid time off.

Dolce Marie, the coffee shop across from Verona Park, struggled to keep workers during the early part of the pandemic. One went back to her home country, says owner Marie Russomano, and the families of her high school workers wouldn’t let them work. “At one point, it was just me and my mom,” Russomano says. “I was working 100 hours a week.”

So Russomano sat down to think about what would be the best use of her time. Because she had a strong breakfast and lunch business, she decided to stop doing specialty birthday cakes. She also trimmed her hours to 8:30 a.m. to 4 p.m. from the previous 7:30 a.m. to 5 p.m.

She is now fully staffed, and thankful that her customers have rolled with all the changes. “Customers from Verona are the best,” Russomano says. “They were so good to me. They’d say, ‘thank you for staying open’.”

Photo by NeONBRAND on Unsplash