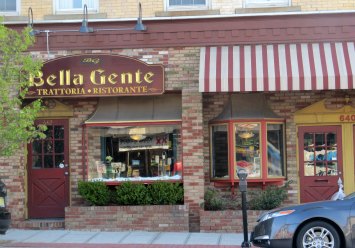 Bella Gente, the Italian restaurant and pizzeria in the center of town, will be closing on January 2. Owner Kim Jhan made the announcement on Facebook yesterday. Jhan has owned the restaurant since 2005.

Jhan said today that he is stepping away from Bella Gente to spend more time with his kids and more time on his real estate work. “I’ve been putting in 14 to 18 hours a day between the restaurant and real estate,” he said.

Jhan, who will remain the owner of the building at 644 Bloomfield Avenue, has signed a Colombian bakery and restaurant for the space. He said that the new business will be doing some renovations in the space, with a target opening date of April 1.

With the closing on the horizon, Bella Gente will be changing its hours of operation during the holidays. Jhan said the restaurant will be open on Christmas Day, New Year’s Eve and New Year’s Day, with its regular menu and some specials. “We’re going to be doing our best to fulfill our obligations until the end of the month,” he added.

Bella Gente is the second major Verona restaurant to close in recent months. Ariane Kitchen & Bar served its last meal on September 30. The space was sold to Skopos Hospitality Group, which operates casual dining restaurants in Nutley, Clifton, Harrison and Jersey City. Skopos has yet to open in Verona.