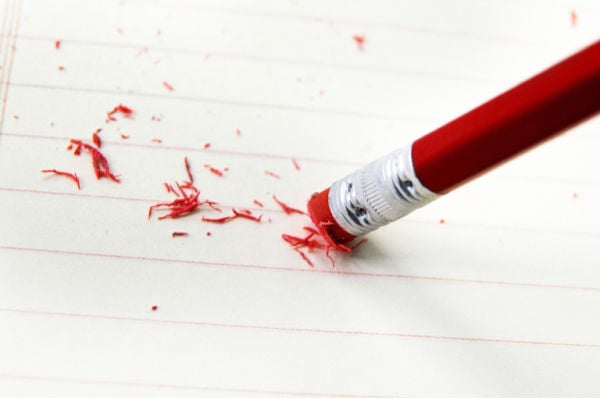 If you’ve interviewed for a job recently, there’s a very strong likelihood that you’ve been asked a question about failure. It’s a way for the the company to learn whether you took responsibility for the flop and learned from it. A way for them to see whether you can see the warning signs of a problem ahead and make a plan to deal with it.

Being a member of the Board of Education is one of the more important jobs in Verona. BOE members are in charge of a very large budget—$38 million—and the success of a school system that is the primary determinant of the value of our homes. Knowing how the candidates for this position have owned up to failure in the past can help voters to understand how they might shoulder the responsibility of Board service. So we asked:

Tell prospective voters about a time you failed. What was the failure and what did you learn from it?

Pam Priscoe: I’m always self-analyzing my performance; it’s probably too much of a fault of mine. Failures would be from inexperienced attempts of change, and learning how things operate in the Board of Ed. I’m constantly looking at impacts to all sides, not just a specific group, just trying to do the right thing. I think the balance is something that could be improved upon on my end. My first year as a Board member, I was learning the job. And then, year two, two months into my second year as a Board member, COVID and a pandemic hit, and then everything was different. Everyone was learning how to go through a pandemic and what needed to be done. People say there should be change and there needs to be change. I didn’t have an opportunity to really do much because my first year was a learning year, and then, boom, pandemic. I don’t think there could be anything coming further that could be worse than a pandemic. There is always room for improvement, no matter where, and I’m always more critical of myself than anyone.
Read more Pam Priscoe answers here.

I think it’s impossible to either operate a school district or a classroom without making mistakes. It probably happens so often that one specific time is hard to recall but I think what you really want to do is try not to make the same mistake twice. When you do make a mistake, take ownership of it. Let everyone know, especially your school leader, that you were the person that made the mistake, here’s why it happened and here’s what we’re going to do to make sure it doesn’t happen again.

When we opened the [Haledon] school building, we hadn’t had a building full of over 1,000 kids in quite some time. So I forgot to rope off the second grade section where they dismiss, because we have five second-grade classes dismissing from a certain area so you need the ropes just so parents know where the teachers are. I also run our communications for our district via our website and our social media pages. So if you go into the Haledon Public School Facebook page you’ll notice one of our posts for the first week where it says Mr. Wacha totally forgot to ask the facilities to put up the ropes. That confusion was my fault and I apologize for it, It’s not an earth-shattering example, but I think it goes to the point I was making.
Read more Chris Wacha answers here.

[perfectpullquote align=”left” bordertop=”false” cite=”” link=”” color=”#FF3342″ class=”” size=””]…in the cases where I have failed, it’s where somebody comes in and tries to shove an idea or concept down the rest of the team’s throat…[/perfectpullquote]

Ron Mueller: For me, failure comes from not being able to accomplish your goals by not working together in a format that is respectable, but is also inclusive of various opinions. So what I would say through that is that in my current role or in my professional life we embrace the fact that everybody can bring something to the table and everybody’s ideas should be at least considered. And I think that, in the cases where I have failed, it’s where somebody comes in and tries to shove an idea or concept down the rest of the team’s throat that led the team to not succeeding in a good way. And I also think that being transparent to the end customers is also very key in understanding the things that you’re trying to do, and the actions that you’re trying to take to meet the overall global or community or corporate objective, whatever you want to call it. So, not being transparent and not embracing opinions through everybody that comes to the table and works together on a project I think leads to failure. It wasn’t me per se saying this is the idea and you have to do it my way. It was basically, this is what we think is the common good and somebody else having that objective that led us all in the failure, but in that failure we said okay we learned from this that not only one person has the end-all be-all answer and that everybody should bring something to the table. And getting going back to the to the drawing board and having that discussion and addressing all the opinions and then understanding what the needs are of all the various groups that were coming to the table allowed us to find a more acceptable solution and something that in the end was overall successful I would say, as you know the the solution set included the needs of more people than just the one person who was the loudest in the room.
Read more Ron Mueller answers here.

The answers to Question One, what does the BOE do, are here; Question Two, about having the time to serve on the BOE, are here; and Question Three, about their stance on wearing masks, are here.

Read the full interviews with each candidate.

You can watch the Verona Conference of SCAs candidate forum here.