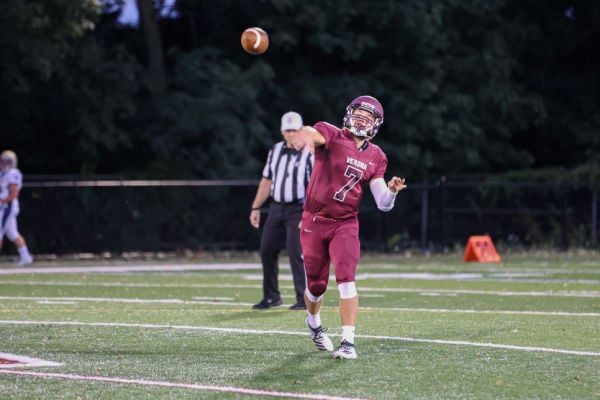 On Friday, Cael Zebrowski broke not one, but two Verona High School football records that have stood for 20 years: career passing yards and career completions. The senior quarterback now has 5,031 career passing yards and 311 completions. The previous records, of 4,929 yards and 310 completions, were set by Dan Corrado, a 2002 graduate of VHS who couldn’t be happier that Zebrowski has surpassed him. “I’m proud of him and I’m rooting for him to win as many more games as he can,” says Corrado.

“I remember watching him in Eagles,” Corrado says of Verona’s youth football program, “and I remember thinking, man, I hope this kid stays in Verona.”

Zebrowski did, taking over the QB duties in his freshman year, and leading Verona to a state football championship as a sophomore. Corrado, the VHS quarterback for the 2001 Group 1 North Jersey state championship team, got to see Zebrowski develop for those two years as an assistant football coach at VHS; he now lives and teaches in upstate New York.

Corrado attributes Zebrowski’s success to his strong work ethic. “He throws every weekend,” he says, “and he’s always working to get better.”

There are several other records that are also within reach for Zebrowski, from career touchdown passes and most game starts to most game wins, and Verona’s head football coach, Kevin Batty, is looking forward to Zebrowski breaking them. “It’s quite an accomplishment,” says Batty, “when you think of all the great quarterbacks who have come through Verona.”

Zebrowski, for his part, humbly redirects the praise onto his coaches, fellow players, and family. “It really was all of my coaches and teammates even since the Eagles who have always pushed me to be better and better,” he says. “When high school started, Coach Corrado gave me all of his tips and made me the quarterback I am.

“My dad, who also played quarterback, was always critiquing me and making me the football player I am,” Zebrowski says. “He would always push me in all the right ways to make sure I would succeed. My brother, who played quarterback at Seton Hall Prep and is at Trinity playing quarterback, helped me a lot.

“I cannot forget the teams I’ve played with who’ve started it all since my freshman year team all the way up to now,” Zebrowski adds. “The line every year, the receivers, and coaches who have helped me get to where I am.” 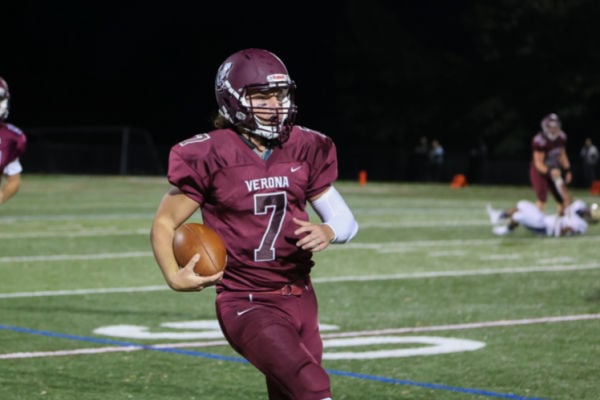