The Verona High School football team went into last night’s game against Caldwell with a long string of wins over the Chiefs. It was backed by a large contingent of fans, buoyed by a long line of Eagles and varsity cheerleaders and the Class of 1980, which was in town for its pandemic-delayed 40th reunion. But all that, and some astute plays, wasn’t enough  to carry the evening: Verona fell to Caldwell 31-6. 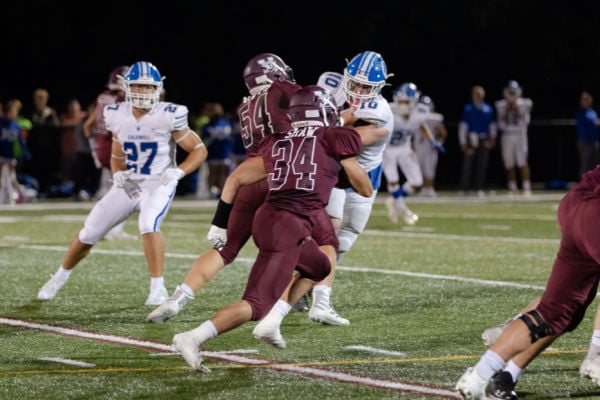 Verona’s lone touchdown, by Joey Petro, came on a 30-yard pass from Cael Zebrowski, who added another 124 yards to his high school career tally. But the point-after kick was blocked, along with all of Verona’s subsequent scoring drives. 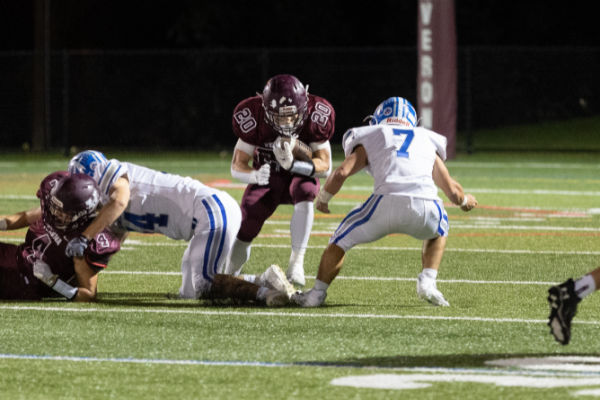 Verona, which is now 2-2 on the season, hosts Mountain Lakes next Friday at 7 p.m. 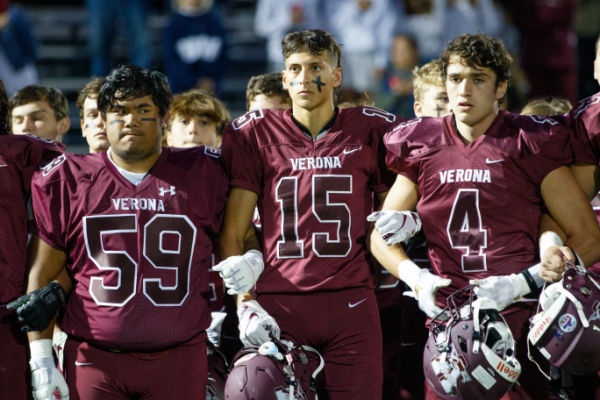