Cliff-hanger. Nail-biter. High anxiety. Pins and needles. Last night’s Verona High School football game against Morris Catholic was all that, and more. In the end, Verona had put just enough points on the board to hand the Crusaders their first loss of the season, 28-26.

Verona got on the scoreboard first on Sellitto field, as Cael Zebrowski connected with Marcos Czupak. But Morris Catholic scored twice after that and missed both point after kicks. When the Crusaders scored again in the second, they ran a two-point conversion to make up some of the shortfall. Zebrowski then connected with Joey Petro, who ran a gauntlet of Crusaders to make it into the end zone. 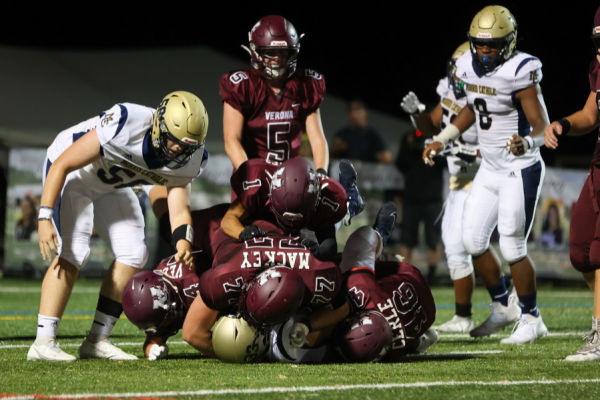 Zebrowski and Czupak joined forces again in the third, to put Verona ahead 21-20. Zebrowski added 311 yards to his career total in the game, while Czupak added 125. James Haveron, who had taken a hard hit early in the game, delivered the final score, and margin of victory, for Verona.

Kieran Patel was on point with every point-after kick for Verona. PJ Shaw had two sacks, while Brodie Neale snagged a key interception.

The win improves Verona’s record to 2-1 after an opening loss to Lenape Valley and a grueling 59-56 wind over Hanover Park last week. The team will be back on Sellitto Field on Friday, October 1, to take on traditional rival Caldwell at 7 p.m. That game will also feature an all-alumni tailgate in the parking lot. 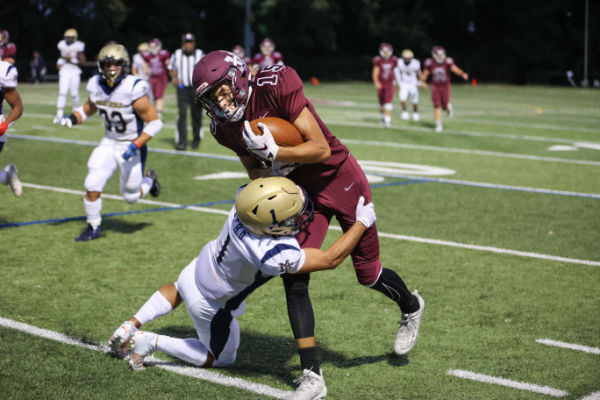