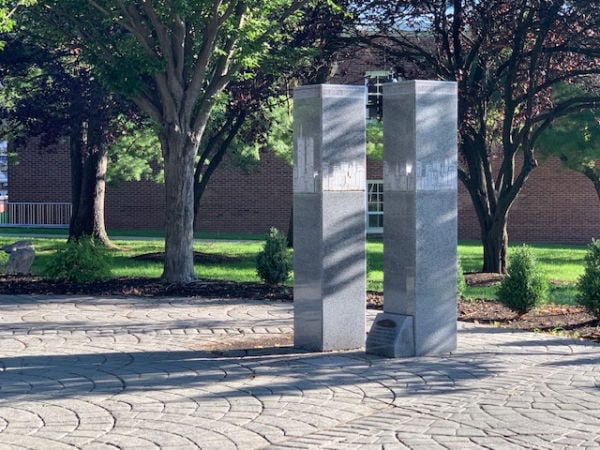 The Township of Verona will mark the 20th anniversary of the Sept. 11, 2001 terrorist attacks on the World Trade Center and the Pentagon with a ceremony in the Civic Center at 8:45 a.m. on Saturday, September 11.

Two Verona residents, William Erwin and Stephen Roach, were among the 2,996 people who died 20 years ago, as was Howard Kestenbaum, a resident of Montclair who worshipped at the former Congregation Beth Ahm in Verona.

The ceremony will be held at the 9/11 monument near the Chase bank. If you cannot attend in person, the event will be live-streamed on the Township’s Facebook page. Town officials are also inviting resident to visit the Civic Center at night when the area will be lit up with luminaries and Town Hall will be lit up blue.

Verona’s 9/11 Committee also hopes that new residents will step up to be part of its work, which includes awarding an annual scholarship to a Verona High School senior. Please reach out to Town Hall about joining the committee.