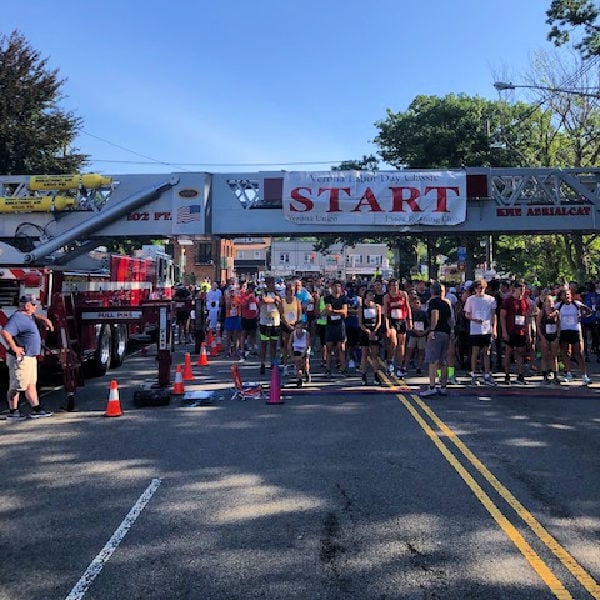 Matt Lawder of West Orange and Melissa Hidalgo of Verona were the top male and female finishers in Verona UNICO’s 39th annual Labor Day 5K Classic. Lawder’s time was 16:46.43, while Hidalgo finished in 19:04.55.

There were 350 runners in this year’s race, which is the principal fundraiser for the Italian-American service organization’s community and scholarship programs. Jackson Bangs of Montclair and Damian Alean Aluardo Gonzalez of Newark finished second and third among the men, respectively, while Tara Smurla of Cedar Grove and Rose Hayes of East Moriches, N.Y., were the second and third women finishers. The youngest runner in this year’s race was eight years old and the oldest, 89.

In addition to Hidalgo, there were several strong finishes by Verona runners. Ian MacKenzie was the top Verona male runner, with a time of 19:09.32, which was good enough for 11th place overall. The Hunt family created an impressive pack: father Kevin Hunt had a time of 20:11.84 (22nd place), son Andrew Hunt, who just graduated Verona High School with the class of 2021, had a 21:48.65 finish (44th place), and mother Susan Hunt ran a 29:25.05.

And there may be a bit of verbal jousting over results at the next Town Council meeting. Councilman Jack McEvoy turned in a time of 23:40.71, narrowly edging out Brian Aloia, the town attorney, who finished in 23:41.80.