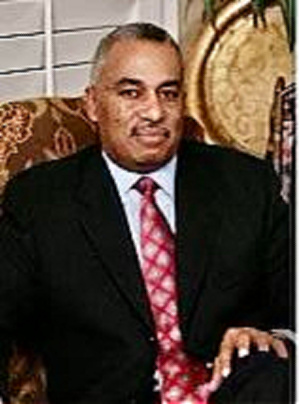 It is with great sadness that the family of Douglas C. Greene Sr. announce his passing on Tuesday, June 15, 2021, at the age of 62.

Doug was born in Montclair and raised in Verona. He was the second of three children born to parents Douglas John and Sylvia R. Greene. A 1980 honors graduate of Hampton University, he went on to earn Juris Doctor from the Howard University School of Law, graduating in 1983. During his time at Howard Law School, Doug met the love of his life and wife of 35 years, Charda Maloney Greene.

Doug’s law career spans multiple states. Working in the public sector in Pennsylvania, Florida and Texas, where he served as assistant district attorney before opening the Greene Law Firm. As principal of the firm, he practiced criminal and civil litigation. Doug was an active member of the Tarrant County Bar Association and the National Bar Association. Always a mentor, Doug served as the head mock trial coach at Texas A&M Law School and Lamar High School.

Doug was actively involved at Mount Olive Baptist Church of Arlington as a deacon and group leader. Doug was an active member of Sigma Pi Phi and a 40- year plus member of Omega Psi Phi Fraternity, Inc., initiated at Hampton University. In his spare time, Doug enjoyed playing golf, tennis, and spending time with his family and friends.

Doug was preceded in death by his parents. Doug will be lovingly remembered by his wife and best friend, Charda and their three children, Taylor, Sydney, and Chase; granddaughter, Eliana Greene; sister, Stephanie Hunley (Lamonte) and brother, Chris Greene; mother-in-law Ethel Pearl Maloney, brother in-law Charles Maloney (Priscilla) and a host of relatives and life-long friends.

A memorial service will be held at Mount Olive Baptist Church on June 21, 2021 at 12 p.m. Arrangements have been entrusted to Baker Funeral Home, Fort Worth.