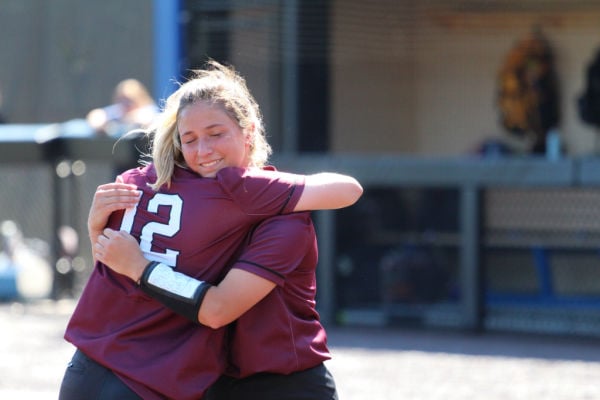 The Verona High School softball team’s run at the NJSIAA Group 2 championship came to an end on Thursday in an 11-5 loss to Robbinsville. The Ravens had come into the contest as one of the top teams in the state and the No. 2 seed in Central Jersey’s Group 2, with a 21-4 record. Verona was the No. 5 team in its Sectional bracket, but it had bested two higher ranked teams to win the Sectionals and a grueling 12-inning Group championship.

But even that doesn’t tell the story of how far Verona came this year. Like every other softball team in New Jersey, Verona hadn’t had a 2020 season because of the pandemic. But COVID-19 continued to scramble high school sports this year, so half of VHS’ softball team was still playing volleyball (and winning a championship there) when softball practices started. Change of uniforms, change of gear, and the girls were back at it. 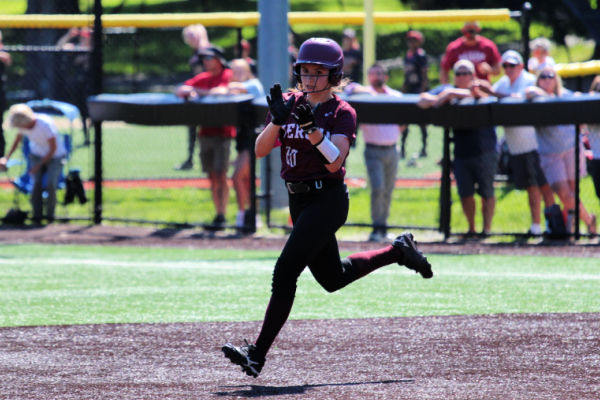 They achieved a 18-8 record this year–7-4 in the Super Essex Conference’s American division–that kicked off with a 13-0 win over West Essex. There would be several other shut-outs along the way (Columbia, Bloomfield, Cedar Grove, Millburn and Payne Tech) before Verona earned a 10-0 win over Leonia in the first round of Sectionals. They shut out Hackettstown in the semifinals and Parsippany in the finals, with just a 1-0 win. 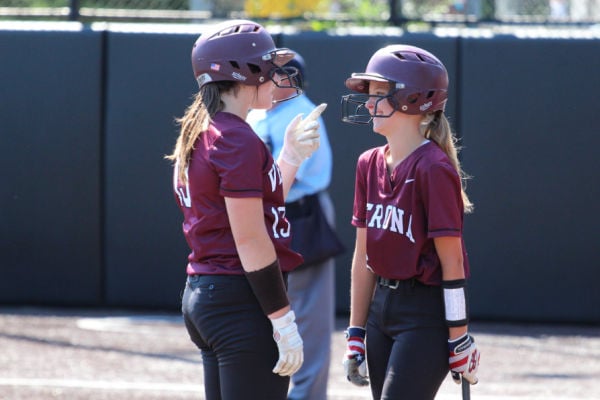 All of which brought Verona to yesterday in Ivy Hill Park. When the team came to bat at the bottom of the fourth inning, they were down 9-0 to Robbinsville, one run away from a potential mercy-rule loss. But then Carlie Goldstein, who had started as the varsity catcher as a freshman only to lose her next two seasons to injury and the pandemic, cracked a homer way out over center field. Melanie Naeris, a fellow senior, was next at bat and delivered a strong single and Verona’s shoulders began to lift. By the end of the fifth, Verona had five runs on the scoreboard as Faith Reed and Megan Meehan propelled runners home. Meehan, a senior, also had a double, as did Jackie Loudon, who will be back in maroon and white with Reed next year.

“Hard to put into words right now just how special this team and this group of seniors have been,” Coach Patricia Hemsley-Cartotto wrote on Twitter after the game. “What an AMAZING season it has been! I am so proud of each and every young lady in our program and all they’ve accomplished! To our seniors who are the heart of our team — Thank you!”