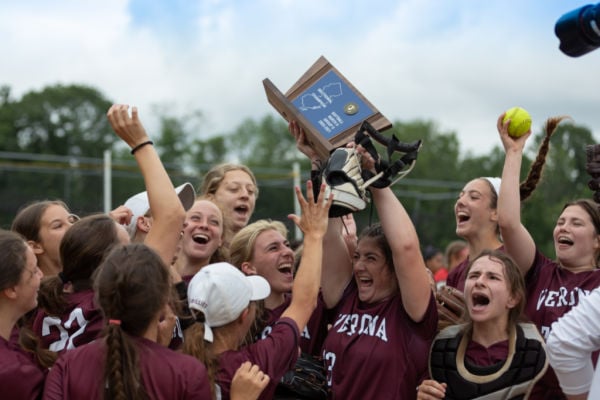 They did it again: The Verona High School softball once again won the North 2, Group 2 Sectional championship, defeating Parsippany 1-0 after a high-drama sixth inning.

Just like 2019, when Verona stunned the then defending champion Hanover Park, VHS softball came from behind for the victory. Verona had entered this year’s Sectionals as the No. 5 seed. VHS had a 10-0 opening round win over Leonia, defeated Madison 6-3 in the quarterfinals and shut out Hackettstown 4-0 in the semifinals. (There was no softball championship in 2020 because COVID-19 shut down spring sports.) 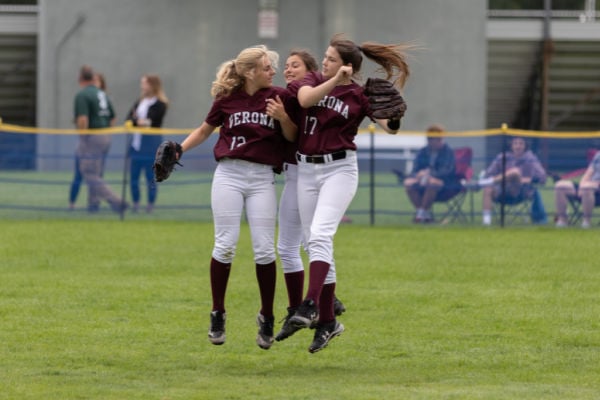 Parsippany was the No. 2 seed in this year’s Sectionals, but it gained more prominence when No. 1 seed Caldwell was knocked out by Hackettstown, the No. 8 seed, in the quarterfinals. And it came into the championship with three shut-outs to its credit: a 15-0 win over Ridgefield Park in the opening round, a 4-0 over Bernards in the quarterfinals and a 6-0 defeat of Lyndhurst 6-0 in its semifinal.

The championship game was scoreless for the first five innings, despite some heavy hitting by Verona. Megan Meehan had a double, while Savannah Szamborski had two hits and Carlie Goldstein, Melanie Naeris and Faith Reed had one apiece. Parsippany, by contrast had just two hits on the game. 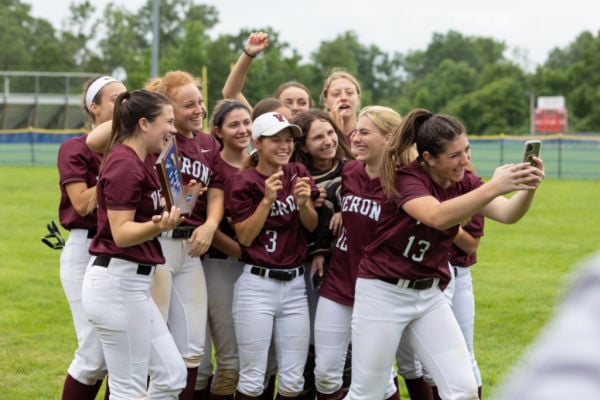 But Naeris turned the tide in the sixth. She singled to center to get on base and was then advanced to second, where she spotted an opportunity and stole third. She was edgy there and Parsippany’s attempt to catch her out went awry when the ball was overthrown. Naeris returned to the mound in the seventh and did what she had done for the entire game: Give Parsippany no opportunity for advancement.

While the championship was the second in a row for Verona softball, four of the girls on the team had another title to their credit this year. Meehan, Jessie Loudon, Sara Bochicchio and Sinclaire Infusino also play volleyball, and that team defeated Lyndhurst for the N2G1 crown in April.