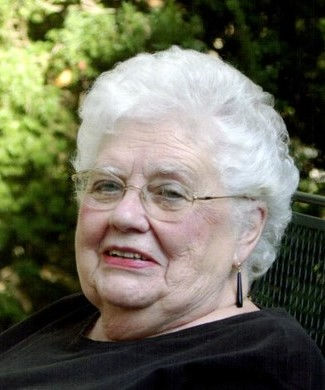 Visiting will be held in the Prout Funeral Home, 370 Bloomfield Ave., Verona on Friday, June 11 from 10 a.m. to 12 p.m. A service will follow at noon. The service and interment will also be streamed virtually starting at 11:30 a.m. Information about streaming and condolences can be left at www.ProutFuneralHome.com.

Born in Brooklyn and raised in Queens, Mrs. Collins lived in Verona, Caldwell and Barnegat before moving to West Caldwell in 2013.

She earned a bachelor’s degree in pharmacology from St. John’s College of Pharmacy in 1953 and worked as a pharmacist at Montclair Community Hospital and Kessler Institute for Rehabilitation for many years. Her late husband, Jack, owned Hasler’s Pharmacy in Caldwell, where she also helped out as needed.

Mrs. Collins was predeceased by her husband of 62 years, Jack Collins, and her parents, Otto and Emilie (nee Lang) Engelhard.

In lieu of flowers, donations to Arc of Essex County or Recording for the Blind and Dyslexic would be greatly appreciated.

- Advertisement -
Previous articleVaccination Rate Edges Up Slightly
Next articleWhat’s Next For VHS ’17: The NFL?