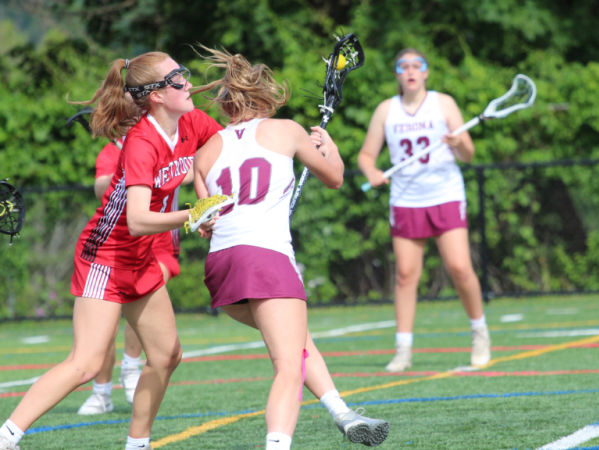 It’s a good thing that Verona High School’s sports venues are all close together because five teams had home contests yesterday–four at the same time–and three of them were playoffs.

Girls lacrosse, softball, baseball and boys tennis all had 4 p.m. starts. In girls lacrosse, Clara Nippes and Ella Moore led the scoring as Verona defeated Westwood 19-10 in the first round of the North Jersey Group 1 tournament. Bridget Lonsinger was right behind with five goals and two assists. With the win, seventh-seeded Verona advances to the quarterfinals against second-seeded Glen Ridge on Saturday.

There was plenty of big hitting as fifth-seeded Verona softball cruised to a 10-0 win over 12th-seeded Leonia in the opening round of the North Jersey Section 2, Group 2 tournament. Savannah Szamborski delivered two doubles and two RBI, while Melanie Naeris had a double and two RBI and allowed just four hits by Leonia. Faith Reed had three RBI. Verona, which is the No.5 seed, faces No.4 Madison in the quarterfinals on Friday. 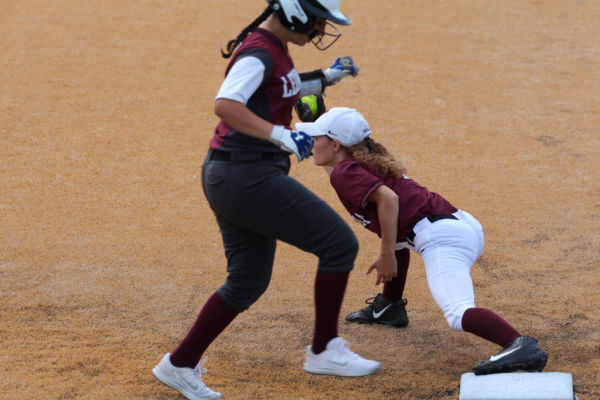 The northeast corner of Doc Goeltz field wasn’t a field of dreams for Verona baseball, as the team fell 6-2 to Nutley. in a regular season game. Steven Tafuri went 3-for-3, Chase Gebbia delivered a double, and Collin Knight had two RBI.

The Verona boys tennis first doubles duo of Matt Brown and Vincent Eremita won 6-4, 6-3 against Caldwell and the second doubles team of Dan Zamloot and Leo Celi went 6-4, 6-4, but Verona could not secure any singles wins against the Chiefs. Verona’s season ends with a 7-13 record.

After all that action was done, the attention shifted back to the upper field at 6 p.m. There was an even larger blowout in the first round of the North Jersey Group 1 boys lacrosse tournament, where Jack Lonsinger led Verona to a 21-5 victory over Boonton with six goals. Trevor Spinelli, Michael Matarazzo and Jack Freedman had three goals apiece, while James Haveron and PJ Shaw had two goals each. Verona, which is the No.5 seed, takes on No.4 Lenape Valley in the quarterfinals on Thursday. 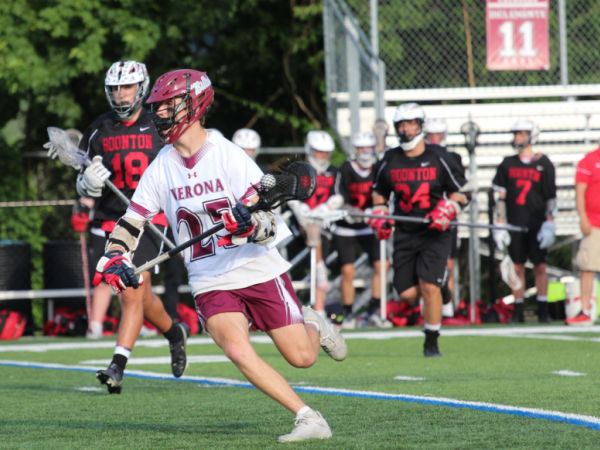