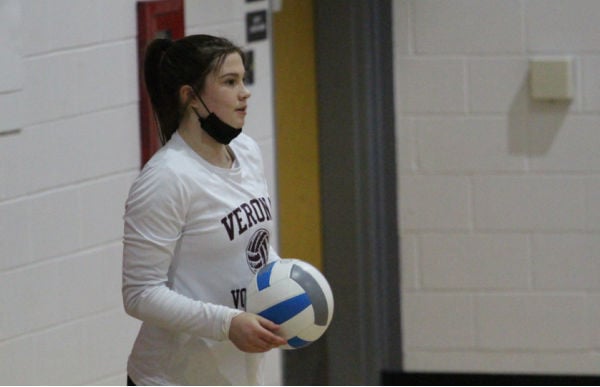 Megan Meehan, a volleyball and softball athlete at Verona High School, was honored on Wednesday as a recipient of the 2021 Investors Bank Best Teammate Award.

The award was given out by the Yogi Berra Museum & Learning Center. Now in its ninth year, it honors student athletes from schools of the Super Essex Conference in a celebration of the qualities that made Yogi Berra a national treasure. Recipients of the 2021 Investors Bank Best Teammate Award, selected by their respective athletic departments, exemplify the strength of character, sportsmanship and supportive spirit that, though often unheralded, are vital to a team’s success.

“There has been so much personal sacrifice in the last 14 months,” said Eve Schaenen, the museum’s executive director, in her welcome remarks to the students on Zoom. “Sports seasons were cancelled, or cut short, or modified to account for the public health crisis we have all lived through. And yet, your athletic directors still chose you as Best Teammate. What that says so clearly, this year more than ever, is that the qualities of a great teammate are identifiable in you… because of who you are as people, as much as who you are as athletes.”

The 37 winning students, together with their parents, grandparents, coaches and athletic directors, also heard from Bill Brown, chief retail officer of Investors Bank, long-time sponsor of the event. “At Investors we always ask ourselves how we can make our communities better,” he said. “We often talk in meetings about Yogi Berra as the model of a person who lifted the people around him. The Best Teammate Award shows that you make your teammates better because of who you are.”

Participants also heard from Dale Berra, Yogi Berra’s youngest son, who spoke of his experience playing on the same team as his Hall of Fame father when Yogi managed the New York Yankees and Dale played on the team. The younger Berra reminded the students that being a great teammate isn’t just about statistics, but is about putting the team first, showing respect for others and persevering.