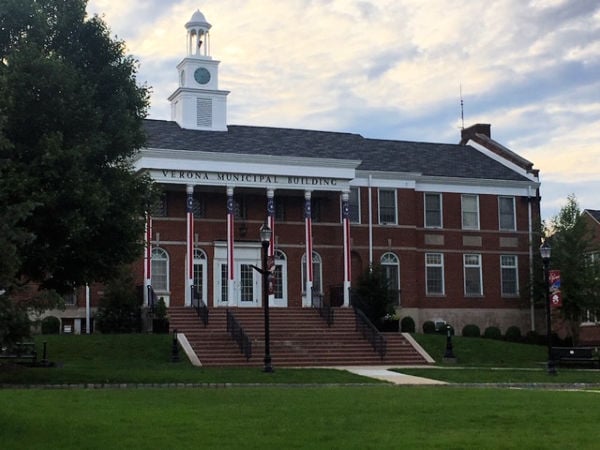 Verona voters went to the polls in greater numbers on Tuesday, sending incumbent Jack McEvoy back to the Town Council for a second term and electing newcomers Dr. Christopher Tamburro and Cynthia Holland.

According to the unofficial vote count, 2,508 of Verona’s 11,731 registered voters cast a ballot, a 21.4% turnout overall. The count in any election is unofficial until certified by the Essex County Clerk. Only 19.9% of Verona’s registered voters voted in the last Council election in 2019. In 2017, some 24.5% of registered voters cast ballots in that year’s Council election. The turnout this year was highest in District #6, which votes at Forest Avenue School, and lowest at District #9, which votes at Verona High School. Between 2% and 5% of voters in each district opted to vote by mail.

McEvoy thanked voters yesterday for their support of his re-election and for their overall participation in the election. “I hope to continue along a similar path to address Verona’s environmental issues, keep Verona green, tackle traffic and parking issues and create a plan to improve/replace our infrastructure,” he wrote. “I look forward to working not only with our Township employees but with all our residents to accomplish these goals. I will also continue to be proactive when it comes to addressing our affordable housing mandate in the next round.”

“We can only accomplish our goals if we ALL work together and truly listen to each other,” McEvoy added. “We must put aside our differences and work for the common good of the Township.”

Dr. Tamburro received 1,629 votes in the election, and he thanked voters yesterday. “The last three months have been some of the most rewarding of my life,” he said by email. “The campaign allowed me to meet with individuals and groups who shared insightful feedback, concerns, and ideas for the present and future of Verona. The desire of residents to share diverse opinions while respecting one another reminds me of why I fell in love with the spirit of Verona over a decade ago.”

Holland claimed the third open Council seat, with 1,453 votes. “The *unofficial* results are in and I’m humbled by your confidence in me,” she wrote to voters early Wednesday. “I’m honored to serve as your Councilwoman (making that two women on the Council for the first time in over 20 years). I’ve heard your concerns and will strive to serve all the residents of Verona with fairness, honesty, and integrity. I’m a hard worker and I’m here to work for you.”

The new Council will be sworn in at the body’s reorganization meeting on Thursday, July 1.