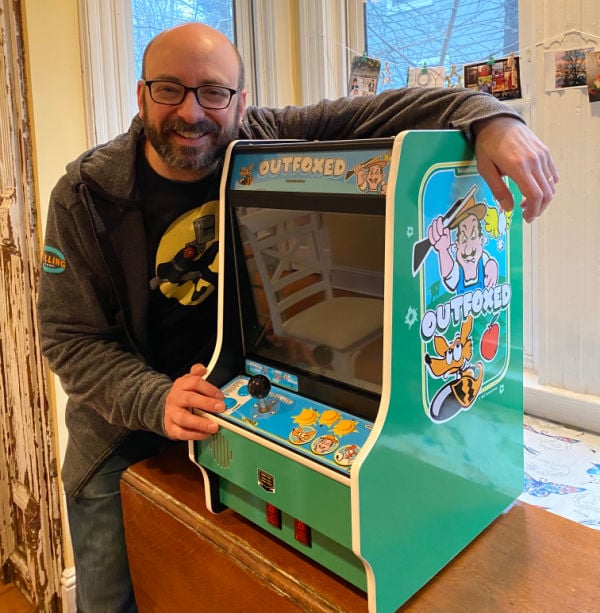 If your childhood was happily spent in the glow of an arcade video game, you’ll want to get to know Joshua Axelrod. While the rest of us have used the pandemic to perfect our baking and gardening hobbies, Axelrod has been in his Verona basement reviving the golden age of pixelated entertainment.

“I was fortunate enough to be a kid at that time, and was just absolutely enamored with these machines,” Axelrod says. “The games were a lot of fun to play, and the games were the closest I could get to what was the most high-tech thing around. They were fast, they had interesting controls, and it was the real deal.” He also loved the social aspect of being in an arcade. “Everybody was in the room together, and people were trying to learn off one another to get the next highest score.”

When Axelrod became an adult, the arcade gaming itch returned and he thought about buying one. But a 6-foot-tall, 250-pound machine didn’t square well with a New York City apartment that also needed space for a wife and two children. Axelrod began thinking about something that he had seen online, a hand-built table-top version of an arcade machine. “The guy put a computer inside it, so it could run lots and lots of games,” Axelrod said. “So instead of just Pac-Man, it could run any game in the arcade.”

He invested in some woodworking tools, built a prototype and invited his friends over. It was quite the hit, so in 2013, he lugged the machine out to the Maker Faire in Queens and let anyone who wanted to play on it. “It was an awesome hang, and a lot of people came through asking how they could buy the thing,” Alxelrod said. “The light bulb went off in my head.” Hand carpentry was no longer going to cut it, so he bought a computerized cutting machine called a CNC router and a 3D printer to create plastic parts. He also hired a graphic artist to create images for the outside of the game consoles with an old-style feel. The side gig, Popcade, was born. 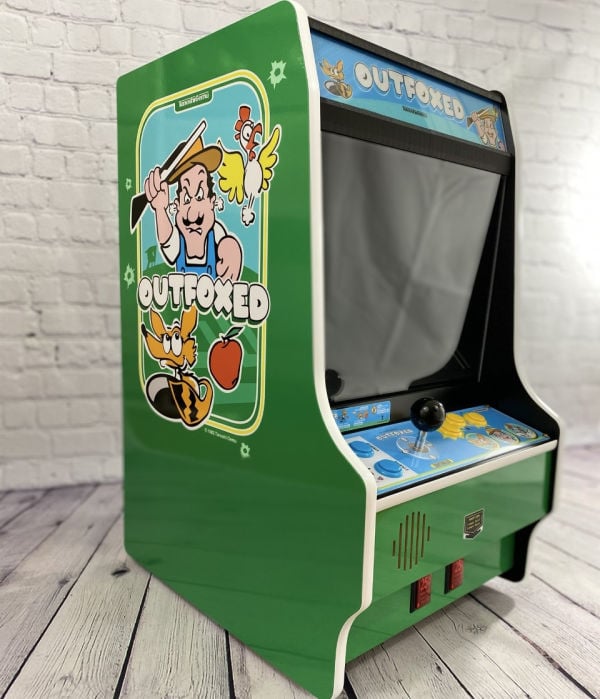 Axelrod and his family discovered Verona in 2015, mesmerized by the fact that he could get his kids into good schools without New York City’s exhausting lotteries. “How does nobody else know about this place?” he recalls asking his real estate agent. ”Please don’t let anybody else find out.” The side gig moved too, since there was now plenty of space for it. Last August, the family traded the Laning side of town for a house near Forest that had a separate living space for his mother and a finished basement for his new and vintage arcade games. That was definitely a plus during the pandemic and it allowed the Axelrod’s children–a junior at Verona High School and an 8th grader at H.B. Whitehorne–to entertain the friends in their pod.

“After dinner, I get my mom to come downstairs because she likes to play a game called Lady Bug, which is sort of like Pac-Man,” Axelrod says. “It’s fun because we compete a little bit and we try to give each other tips.”

Though Axelrod has a website to sell his game cabinets and the Raspberry Pi computer that makes the games play in full vintage style, Popcade remains a side hustle to his day job at Audible. It’s hard to create a full-time business from retro gaming because the rights to the most lucrative games, like Pac-Man, are tightly controlled by their creators. Axelrod can help Verona neighbors who buy from him to configure the games that are in the public domain. He sells his Popcades at $599 for a flat-packed DIY kit or $699 fully assembled.

And if you’re wondering, all this console building has not turned Axelrod into an arcade game master. “The funny thing is that I’m not really great at these games,” he says. “I’m not the kid who memorized the patterns and beat Pac-Man. I like building them almost more than I like playing them.”

“I also derive a tremendous amount of pleasure watching people enjoy the games,” Axelrod adds. “That to me is like really at the core of all this, I just love introducing people, and allowing them to sort of find their Zen, find their joy and happiness. That’s really what it is.” 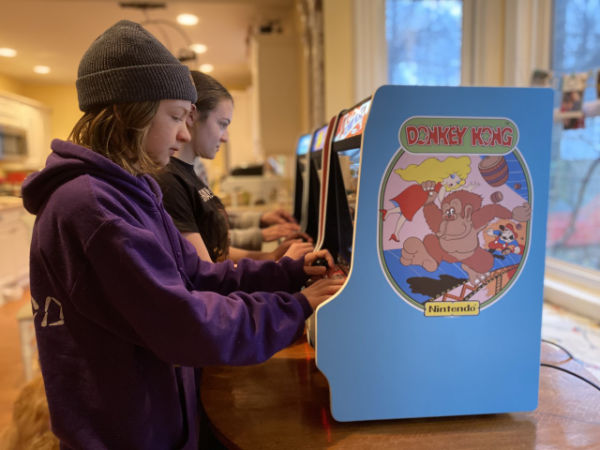