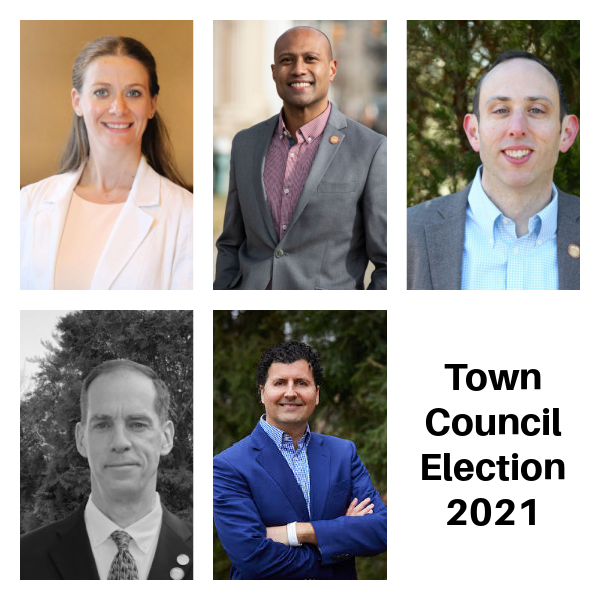 Cynthia Holland, Jason Hyndman, Jack McEvoy, Michael Nochimson and Christopher Tamburro are the five candidates running for three seats on the Verona Town Council on May 11.

In years past, MyVeronaNJ has sent a weekly question to candidates in the run-up to the election and hosted an in-person candidates forum. But Verona’s Young Voters (VYV)–a new youth-led, nonpartisan advocacy group–will hold a virtual forum next Wednesday, April 21, and the Junior Women’s Club will host their virtual forum on Monday, April 26. MyVeronaNJ.com will cover both forums as part of its regular news cycle.

So this year, MyVeronaNJ elected to ask the candidates all of our questions at once. In Zoom calls, editor Virginia Citrano asked the same five questions of all candidates, and then asked each five questions specific to their platform or public positions. The five common questions are below, and in the coming days, we’ll be grouping the candidates’ response to each in an easy to read format.

In the meantime, you can read each candidate’s response to all 10 questions on pages that also includes ways to follow them on the web and social media:

UPDATE:
You can watch the VYV Candidates Forum here and the Junior Women’s Club Forum here.
You can read all Letters to the Editor about candidates here.