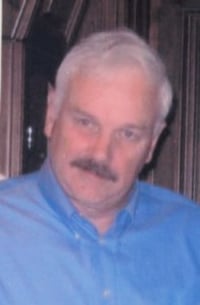 A funeral mass will be offered on Tuesday, April 13, 2021 at 10:30 a.m. in Notre Dame Church, 359 Central Ave., North Caldwell. Facial masks and social distancing are required.

Born in Paterson, he grew up in Clifton and lived in North Caldwell for 50 years.

Mr. Butler graduated from Regis High School in New York City and earned a bachelor’s degree from Seton Hall University, an MBA from Rutgers and a JD from Fordham University. He was an attorney for Bannon, Rawding and Bannon in Verona before serving as deputy of labor relations for Transport of New Jersey and then later for New Jersey Transit as deputy general manager.

Retiring after 30 years, he became a devoted babysitter for his twin grandchildren, Finn and Ava, and grandson Tristan.

As a parishioner of Notre Dame Parish in North Caldwell, he served as lector and various committees for many years. Ned was an avid reader, golfer, puzzle solver and storyteller in between time spent traveling with his wife and friends to the Caribbean and Europe. He loved playing his guitar and ukulele often making up songs and singing to his wife. Full of energy, his “I’ll take care of it” attitude kept him busy and helpful with the next great project.