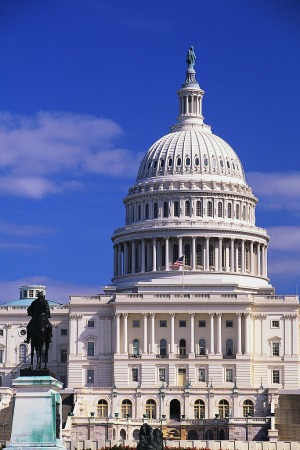 A letter sent to Biden’s Treasury Secretary Janet Yellen on Thursday by eight members of Congress — including six from New Jersey — calls for a repeal of the cap on the federal write-off for state and local taxes known as SALT to be added to Biden’s broader tax and infrastructure proposals.

The push to insert an unlimited deduction in Biden’s already multifaceted infrastructure proposal comes nearly halfway into an eight-year term during which the cap is supposed to be in effect. It also comes just months after Democrats reclaimed control of both the U.S. Senate and the White House, and as Biden, a Democrat, is seeking to roll back some of those Trump-era tax cuts to help finance the infrastructure investments.

“For our constituents and millions of taxpayers throughout the country, the SALT deduction cap has imposed a harmful double tax and has created one of the largest marriage penalties in the federal tax code,” the letter said.

“We could not vote for a bill that has a meaningful tax impact on our constituents unless it restores SALT deduction relief to our middle-class families,” the letter said.

READ: No letup in efforts by NJ, other states to get rid of cap on SALT write-off

READ: Jury is still out on net result for New Jerseyans of Trump tax cuts

To be sure, some New Jersey residents benefited from the tax changes enacted by Trump in 2017, including through an expansion of the standard deduction.

Many NJ residents hit with tax hikes
But federal tax data suggest many other residents were hit with tax hikes due to the SALT cap; roughly 40% of the state’s filers used the deduction before it was capped, with the average write-off topping $10,000 in 20 of New Jersey’s 21 counties. And in some counties, the average deduction easily topped $20,000 before the cap was enacted, according to the tax data.

Democrats have portrayed the cap as unfair to states like New Jersey that have relatively higher home values and median incomes than other parts of the country. Of course, New Jersey is also known for its high local property-tax bills, which topped $9,000 on average for the first time ever last year.

The enactment of the SALT cap was one of the issues that Democrats in New Jersey stressed repeatedly during the 2018 mid-term election, when they picked up several seats in the House of Representatives. The party made enough gains across the nation that year to regain control of the House.

While previous attempts to repeal the cap — or at least to increase the limit above $10,000 — were unsuccessful, hopes have been lifted since Biden took office earlier this year around the same time control of the U.S. Senate swung to the Democrats.

What Janet Yellen said
In response to questioning by Gottheimer during a recent congressional hearing, Yellen conceded the SALT limit has “resulted in very disparate treatment.”

“There are a lot of options that have been presented and I would work with you to try to ensure that the inequities that this caused are remedied in a fair and responsible way,” she added.

The infrastructure plan Biden unveiled last week calls for more than $620 billion in new spending on roads, bridges and mass transit — including on Amtrak’s Northeast Corridor and the long-planned new rail tunnel under the Hudson River between New Jersey and New York that’s envisioned as part of the broader Gateway transit initiative.

To help finance those investments and others, the overall $2 trillion plan would partially roll back a Trump-era corporate tax break by raising the federal corporate rate to 28%, from 21%. Biden is also seeking several other tax policy changes, including a cancellation of tax breaks used for income earned overseas.

If those tax-code changes are made as part of the broader infrastructure plan, Gottheimer, Pascrell and U.S. Rep. Tom Suozzi (D-NY) had previously said they believe the SALT cap should also be repealed  at the same time. They also noted New Jersey and New York are among the states that provide more funding via taxes to the federal government than is received back through the federal budget.

Despite that firm position, repealing the SALT cap as part of a broader infrastructure deal could threaten the support that Biden may look for from more progressive Democrats, who generally view an unlimited SALT deduction as largely benefiting only the wealthiest households.

A 2019 report by the left-leaning Center on Budget and Policy Priorities that analyzed previous calls to repeal the SALT cap appeared to back up that stance.

The report found that most households in the bottom 80% of tax filers across the country would see little benefit from repealing the cap, while more than 50% of the benefits of a repeal would go to the nation’s top 1% of households.

For his part, when he was asked about the infrastructure plan during a recent media briefing on the coronavirus pandemic, Gov. Phil Murphy stopped short of drawing the same line in the sand that was spelled out in the letter to Yellen.

But Murphy, a first-term Democrat who is up for reelection in November, said the Biden infrastructure plan is a “huge gamechanger” for New Jersey given the state’s density, Eastern Seaboard location and plethora of infrastructure in need of repair or replacement.

“We are a disproportionate winner,” Murphy said. “We’re going to win much more significantly relative to an average American state.”

READ: Is the federal SALT cap putting NJ residents on the road to other states?