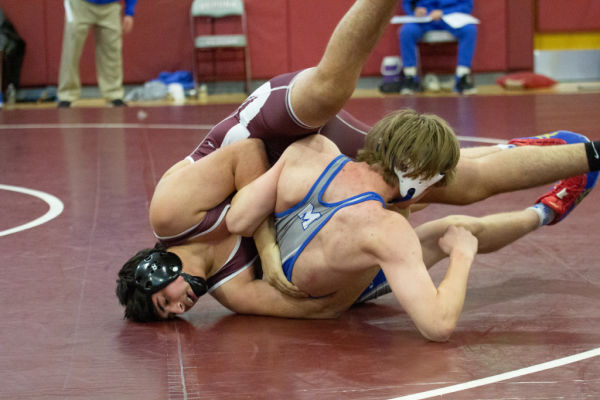 After a strong season-opening win, the Verona High School wrestling team recorded losses on Friday and Saturday, first against Millburn and then against Hackettstown.

The Millburn match had a lot of good momentum, with Verona scoring several wins by quick pins. Derek Bernardino (132 pounds) pinned Grant Sanders in 1:30, Jake Ferry (138) pinned Zach Pierce in 1:00, Dean Palmer (145) pinned Ilem Leisher in 40 seconds, Tyler DaCosta (152) pinned Mattia Calvetto in 1:00 and Jaden Czupak (182) pinned Nathan Stoller in 50 seconds. John Pavia (170) went long against Michael Leff and earned a 17-5 major decision. But Millburn was scoring its wins too, bringing the match to a 40-40 tie. That triggered a tie-breaker and the winning point went to the Millers. 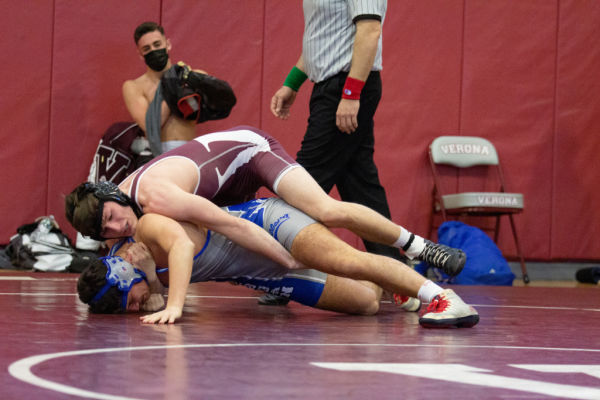 There wasn’t much rest or regrouping time for Verona, because on Saturday morning they were scheduled to travel to Hackettstown. The match ended in a 27-46 Verona loss, but three team members delivered wins in their turns on the mat. Gabe Breitenbach (160) pinned Anthony Funes in 5:51, John Pavia (170) pinned Angegabriel Lessida in 5:18; and Jaden Czupak (182) scored a 6-0 decision for over Tyler Yanoff.

Wrestling will be back on the mats on Tuesday, when the team travels to Colonia for a 6 p.m. meet. You can watch the action here. 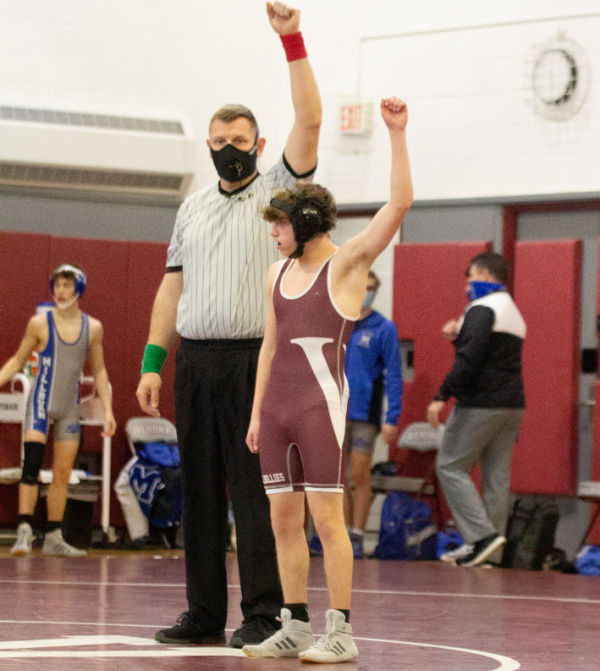