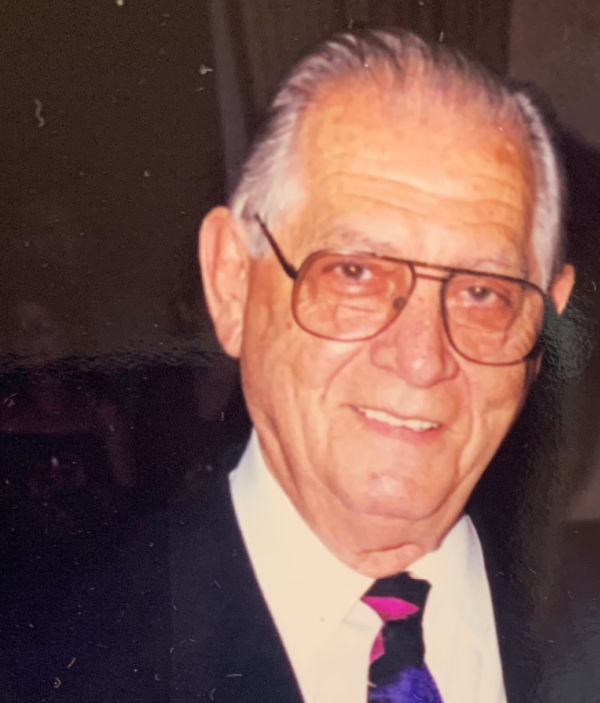 Vincent “Jimmy” Alvino was born in 1921 in Newark, where he graduated Barringer High School in 1939. During World War II, he and his brother, Gabriel, owned a machine shop where they made various aircraft parts for the war. In 1964, he moved to West Orange and in 1966, he married the love of his life, Marie Yorlano, and they shared 33 bliss-filled years. From 1964-1974 he worked at St. Barnabas Medical Center as director of facilities. Then, in late 1974 he transferred to Kessler Institute of Rehabilitation also as director of facilities until his retirement in 1992.

If you know Jimmy, then you know he loved his family and sports. He played competitive softball until age 65, and jogged six miles a day in Verona Park from 1970 to 2002. Jimmy was in amazing condition, and was only sick three days in 99 1/2 years.

In 2009, he moved to his son’s horse farm in Stowe, Vermont. In his mid 90s he enjoyed working around the farm, and splitting wood. In 2017, he moved with his son to Myrtle Beach, S.C. to get out of the frigid Vermont winters and enjoy his daily four-egg-and-bacon breakfast.

Jimmy was an incredible devoted husband and father. He is survived by his son and daughter-in-law, Robert and Karen, his sister Margaret, and many beloved nieces and nephews.

Vincent “Jimmy” Alvino died on Sunday, March 7, 2021 in the home he shared with his son and daughter-in-law in Myrtle Beach. A funeral mass will be offered in Our Lady of the Lake Church, Verona on Friday, March 12 at 10 a.m. Interment will follow in Gate of Heaven Cemetery, East Hanover.

In lieu of flowers, donations in his memory to the Kessler Foundation, in support of the Kessler Institute in West Orange, would be greatly appreciated. Condolences may be left at proutfuneralhome.com.