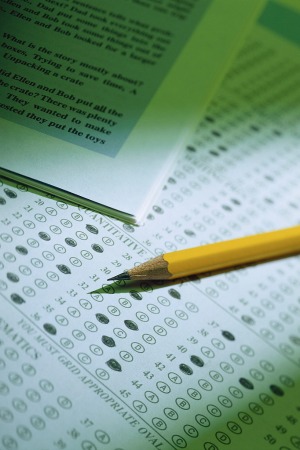 What is it: The letter is to be the formal request by the Murphy administration to skip fthe federal department’s required student testing in language arts and math for a second year. The draft also asks for a waiver from the state’s testing of students with disabilities and those with limited English proficiency. The draft is open to public comment until March 5.

What it means: Gov. Phil Murphy has faced considerable pressure – led by the teachers unions and education groups — to request the testing waiver for a second straight year, as critics maintain the testing would be burdensome on schools and of little value during the pandemic. The decision last week to pursue the waiver comes weeks after several other states said they would do so.

Will it be moot point?: There is no guarantee the U.S. Department of Education will approve the waivers. The biggest question mark has been with the new Biden administration, which has yet to commit to whether it will even accept the requests to waive the entire testing requirement. The department is weighing lesser waiver requests around what the results would be used for, including from New Jersey.

Murphy quote: “We have not yet received any indication from the Biden administration as to whether a waiver of assessment administration will be accepted, and we also recognize the importance of statewide assessments to gauge where our students’ learning,” Murphy said Friday in announcing the request. “But, given the need to ensure our students’ instructional time is maximized and the levels of stress on them, our educators, our school administrators, and our families are minimized, we are putting forward this waiver request.”

Plan B: Without the federal government’s acceptance, Allen-McMillan said schools must still plan for the testing in the spring, including the first use of in-home testing for districts that are still all-remote.

Plan C: The state is also requesting from districts other data that is collected over the course of the year through classroom and other quicker assessments. School districts said that ongoing data tells them all they need, as they develop programs to help make up any damage to learning over the last year.

Money, too: Murphy and Allen-McMillan also announced Friday more than $100 million in federally funded grants to districts to address so called ‘learning loss,” with money aimed at extended instruction, expanded tutoring and other additional programs.

Support: Several education groups applauded the decision. “In a year filled with challenges and disruptions, the last thing our students need is to lose a single minute of instructional time to take a test that would not yield valid and reliable data or support their learning,” said a statement from the New Jersey Education Association, the teachers union.

Push-back: State Sen. Teresa Ruiz, chair of the Senate education committee, has pressed the administration to maintain the statewide testing as the best way to track learning progress. Ruiz (D-Essex) said Friday that she still stands by that position but added she appreciated the administration’s efforts to collect other data as well.

Quote: “All of this is in an effort, not to create punitive measures, but to at least get a snapshot of where our children are statewide,” Ruiz said in a statement. “While the data collected does not provide the same level of detail that a statewide summative assessment would, it can help us address the current need.”

What’s next: The state first must provide an opportunity for public input, a requirement of the process. Those seeking to comment may do so by March 5 through the state’s website.