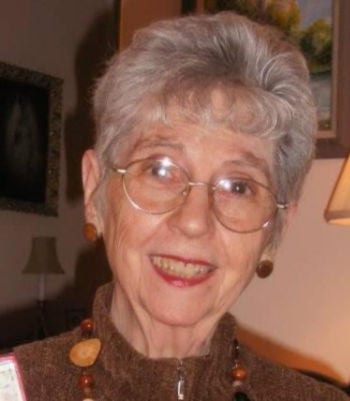 Inurnment was private. A memorial service will be held at a later date.

Born in Newark, Mrs. Boeck lived in Darien, Conn., and West Orange and finally in Verona, where she and her husband of 57 years, Don, raised their daughter, Donna before moving to Pompton Plains in 2006.

She earned a bachelor of arts degree from Juniata College (Pennsylvania) majoring in education. She was an elementary school teacher for the Cedar Grove Board of Education.

Previously she was very active in the Strollers of Maplewood and for the past 15 years became active with the Cedar Crest Players and the Protestant Council of Cedar Crest.

In her memory, donations to the Verona Rescue Squad, 12 Church Street, Verona, NJ 07044 would be greatly appreciated.