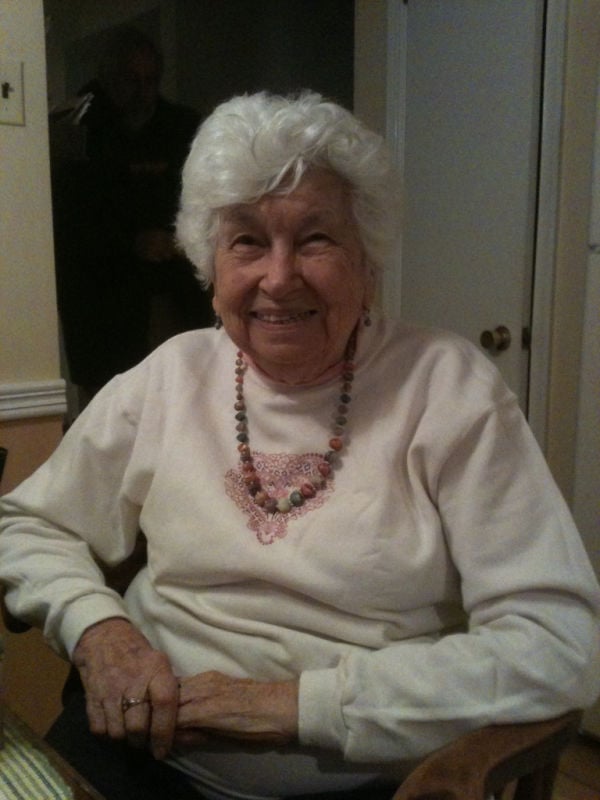 Visiting in the Prout Funeral Home, 370 Bloomfield Avenue, Verona will be on Tuesday, February 9 from 5 to 7 p.m. A funeral mass will be offered in Our Lady of the Lake Church, Verona on Wednesday, February 10 at 10 a.m. Interment will be private. Facial masks and social distancing are required.

Born in Rohr, Germany, Mrs. Saks moved to the United States in 1925 with her parents when she was four years old. They lived in Bucks County, Pa., and Allentown, N.J. during her formative years. After marrying her husband, Albert, they moved to Trenton and then to Yardley, Pa., where they raised their family. In 2016 she moved to Verona to live with her son, Karl and his wife, Wendy.

She was a graduate of Falls Township High School in Morrisville, Pa., and worked for Dunham’s Department Store in Trenton for 30 years as a home decorating consultant before relocating to Yardley. She was the consummate homemaker and later became a member of the To Live Again (TLA) Group, taking on several different leadership positions while also improving her painting skills with the senior art scene in Yardley. An avid pool and beach goer, she enjoyed traveling, painting, cooking and spending time with family. She was also a member of St. Ignatius Church in Yardley and Our Lady of the Lake Church in Verona.

She is survived by her daughter-in-law, Wendy Saks; granddaughter, Ruth Elizabeth “Betsy” Long and her husband, Brian; great-grandchildren Molly Anne Long and Theodore Kevin Long; and many nieces and nephews.