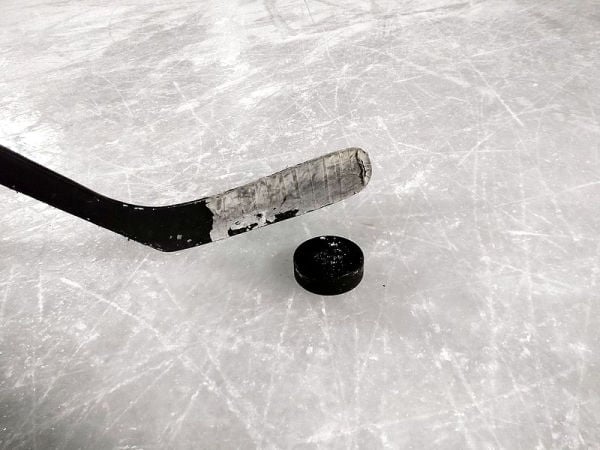 The Verona-Glen Ridge (VGR) hockey team opens its season today, Saturday, January 16 at 5:45 p.m. with a game against long-time rival West Essex. You can’t watch the games at the Codey Arena in person this year because of the venue’s COVID-19 rules, but the team has a free livestream set up and you can watch it through YouTube below.

“COVID has been the biggest challenge,” says VGR Coach Ken Lilien, “but we are thrilled that we are getting a season. We are focused on staying as safe as possible away from the rink to play every game.”

VGR was last year’s Kelly Division champion and that meant that it was moved up a division to McInnis. Lilien says VGR is “thrilled” to be there: “We will be highly competitive and dangerous to play against,” he adds.

Among those who will be making the plays for VGR are several of last year’s Verona players, including seniors Vincent Eremita and Jack Lonsinger, junior Dominick Pandiscia, and sophomores Noah Boone, Luke Cerle, Andrew Eremita and Dylan Toriello.

Because of COVID, the team was unable to hold any practices before January 4. “We’ve been on a speed course since then,” Lilien says, “but practices are shorter because [rink personnel] need more time between groups to disinfect.” There’s also no access to the locker rooms, so Lilien has had to give his coaching talks over Zoom or even in person outside. But he concedes that that’s not optimal. “Om the locker room you get more focus than anywhere else,” he says. “Nothing replicates that.”

The puck drops at 5:45 p.m. tonight and you can watch the game here: