Sherrill Hints That Some Reps May Have Aided Capitol Rioters 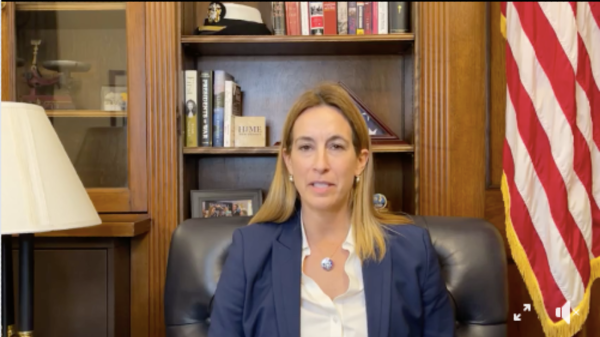 Congresswoman Mikie Sherrill (D-NJ11) dropped a bombshell at the end of a Facebook Live session on her plans to vote again to impeach President Donald J. Trump: That some of her fellow members of Congress may have aided the January 6 attack on the Capitol by giving building tours to groups the day before.

Sherrill did not name the members of Congress that led the groups or incited the crowd. Rep. Mo Brooks (R-AL5) directly addressed Trump’s rally before attendees marched on and ransacked the Capitol. Sherrill’s press secretary did not immediately return MyVeronaNJ’s text for comment.

Sherrill said that she will be going to the House floor tonight to vote on a resolution to invoke the 25th amendment, but she noted that Vice President Mike Pence has indicated that he is not going to act it. “So that being the case, I likely will be voting on an article of impeachment tomorrow,” she added. “It’s just one. And it’s very clear, incitement of insurrection, and it reads, in part, that in violation of his constitutional duty to take care that the laws be faithfully executed, Donald John Trump engaged in high crimes and misdemeanors by inciting violence against the government of the United States.”

You can watch her remarks in full here: