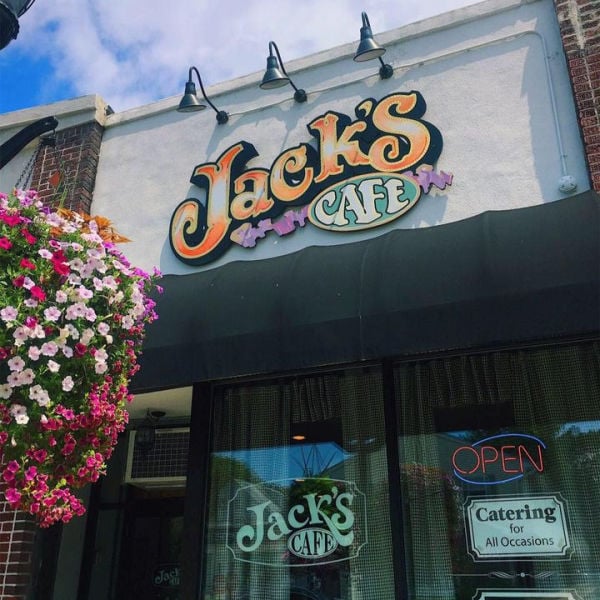 The COVID-19 pandemic has been hard on Jack’s Cafe and its owners, Marianne and Jack McNamara. But yesterday, they got the lift of a lifetime. Dave Portnoy, the founder of the digital media company Barstool Sports, called the McNamaras to say that they had been selected to be supported by its Barstool Fund.

Portnoy had announced, just before Christmas, that the Barstool Fund would be raising money to give away to small businesses affected by the pandemic. A friend of the McNamara’s son Jonathan heard about it and passed the word along. Their daughter Rachel went to the business, located just west of the Verona Post Office on Bloomfield Avenue, and made an impassioned video on behalf of her parents, who have faced several health challenges in the 24 years that they have owned it.

“She said she was going to the cafe,” Marianne McNamara recalls. “I couldn’t imagine what was taking her so long.” This was the message Rachel recorded:

Shoutout to @crosscountrymtg for coming in with a $25k donation to help cover our next business, Jack’s Cafe (Verona, NJ). #BarstoolFund

Yesterday morning, while working from home as a virtual substitute teacher, Rachel got a call from Portnoy. Visibly overcome with emotion, she asked if she could run to the cafe so that he could deliver the news to her parents directly. When she got there, she was shaking and crying, her mom says. “Mom you have no idea what’s going on,” Marianne remembers her saying.

The rest of the call is something of a blur. Marianne McNamara says she doesn’t yet know how much she will be getting from the Barstool Fund, or when. As of this morning, the Fund has raised more than $19 million from more than 154,000 supporters, including a $25,000 pledge by Cross Country Mortgage, an Ohio-based lender, seemingly specifically to Jack’s Cafe. Barstool has not yet responded to an email sent by MyVeronaNJ yesterday for clarification.

Marianne McNamara has a long history of putting the needs of others above her, and the Barstool Sports award is proving no exception. She was fretting yesterday about not asking for too much money from the company. “There are so many people who need it now,” she said.