Meet The Lady Mechanics Of Verona 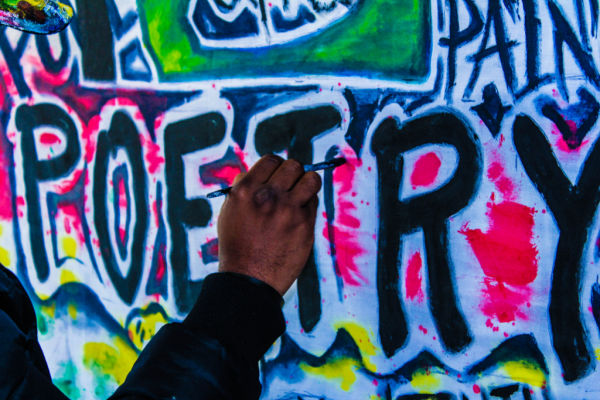 By now, you’ve used Zoom for work and for school. You’ve used it for family and friend reunions, and maybe a telemedicine call. Chances are good that you haven’t used it yet for poetry, but that could change next Sunday if you drop in on the Zoom poetry reading by the The Lady Mechanics of Verona.

The Mechanics adjust phrases not vehicles, and only one of them is actually a Verona resident: Carole Stone, a professor emerita of creative writing at Montclair State University who is also the author of three books of poetry and numerous other works.

Before the pandemic, they gathered regularly at Stone’s home to share their poetry and get feedback on it. “It’s the best workshop I have ever participated in,” says Stone. The other Mechanics live in Bloomfield, Maplewood, Montclair and South Orange, and have master’s and doctoral degrees in fine writing. “Bright women with a sense of humor,” she adds.

Stone is perhaps best known for “Hurt, The Shadow,” a collection of poems inspired by Josephine Hopper, the wife and sole model of the 20th century American realist painter Edward Hopper. Stone had been ruminating about writing a poem about Edward Hopper himself after seeing his 1925 painting “The Bootleggers,” which depicts three men in a boat delivering illegal alcohol to a man in a mansion. (There was a bootlegger in Stone’s family tree.) But when she saw some other Hopper works at the Montclair Art Museum that featured Josephine, she found herself wondering what the artist’s muse would say if she could speak.

“I decided that I would write poems in her voice and the poems just started coming,”Stone says.

“Poetry is one of the greatest cathartic modes of expression,” Stone adds. “It’s pretty darn hard to write. You have to revise and revise because it is hard to get all your feelings and emotions out. Our group helps us do that.”

On Sunday, December 6, at 2 p.m. Stone and her fellow poetesses will hold forth in a virtual reading organized by the South Orange Department of Cultural Affairs. The event is free and open to the public and can be accessed through this Zoom link.