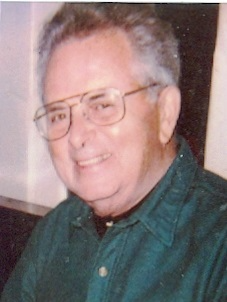 Joseph A. Donohue of Milford, N.J., passed away at Hunterdon Care Center on Wednesday evening, November 18, 2020. He was 90 years old. He was born on September 29, 1930 in a house on Wegman Parkway in Jersey City. His parents were Kay Ahearn and Joseph Donohue. Joe graduated from Lincoln High School. He was honorably discharged from the United States Army on November 14, 1952 and began working for the Lehigh Valley Railroad in Jersey City.

Joe graduated from Rutgers School of Traffic Management and then became a traffic manager for Meldisco Shoe Company. He also worked for Union Camp Paper Company at the Woolworth Building in New York City. In 1986, he began working for the state of New Jersey at the Board of Public Utilities in Newark. In 1992, when the BPU merged with the EPA in Trenton, Joe and his wife moved to Washington Crossing, Penn.

Joe met his future wife Carol on the escalator at the Grove Street Station of the Hudson and Manhattan tubes in Jersey City. He said to her, “it must be nice to be a Lady of Leisure.” For that he got a dirty look. As fate would have it, they both had a long wait for the Greenville, Lafayette bus and so after a long courtship where they went to many Broadway shows and dined at expensive and some inexpensive restaurants. They also took long walks up and down Fifth Avenue. They were married in St. Patrick’s Church in Jersey City on February 24, 1962. When they were getting their blood tests, John Glenn was orbiting the earth.

With a growing family they bought a home in Verona in 1968. Joe was a lector and song leader at Our Lady of the Lake in Verona, as well as a Cub Scout leader and Boy Scout leader of Troop 2 Verona. He made a Cursillo in 1968 and became a Grand Knight of the Cedar Grove, Verona Knights of Columbus Council 3632.

After Joe retired from the state, Carol and Joe moved to Milford, N.J. where again Joe lectured in Our Lady of Victories Parish in Baptistown and St. Edward’s Parish in Milford. Joe is known for his great wit and for his singing ability. He belonged to Fred Miller’s Copper Penny’s and sang with his wife there from 2000 to 2007, when his dementia started to control his mind. Joe also read The New York Times everyday which he would pick up daily at the Milford Market. Then he would go to Thorpe’s store to make a copy of the puzzle for his wife Carol to do.

Joe’s dementia started in 2007. For several years he went to Bright Side, which is a local day care facility in Flemington, N.J. When his dementia progressed, he finally was admitted to Hunterdon Care Center in 2016.

Joe is survived by his wife Carol of 58 years, his sons Patrick of Bend, Oregon and Brian of Boulder, Colorado, his daughter Ginny Donohue of Manorville, Long Island, and his two grandchildren, Dagny and Aidan of Bend, Oregon. He will be sorely missed by the doctors, nurses, and aides who took loving care of him, which his family is truly grateful for.

The family will receive relatives and friends for a visitation on Monday, November 23, 2020 from 6 to 8 p.m. at the Johnson-Walton Funeral Home, 24 Church Road, Holland Township, N.J. Funeral services will begin on Tuesday, November 24, 2020 at 10 a.m. at the funeral home, followed by a Mass of Christian Burial at 11 a.m. at the Our Lady of Victories R.C. Church, 1005 County Road 519, Frenchtown, N.J. Interment will follow at the Brigadier General William C. Doyle Veterans Memorial Cemetery in Wrightstown, N.J. Due to COVID-19 restrictions, face masks and social distancing will be strictly enforced.

Memorial contributions may be made to the Our Lady of Victories R.C. Church, PO Box 127, Baptistown, NJ 08803.